#Cars
BroBible may earn a commission if you buy a product or service via links in this article.
by Cass AndersonMarch 21, 2018 11:02 am 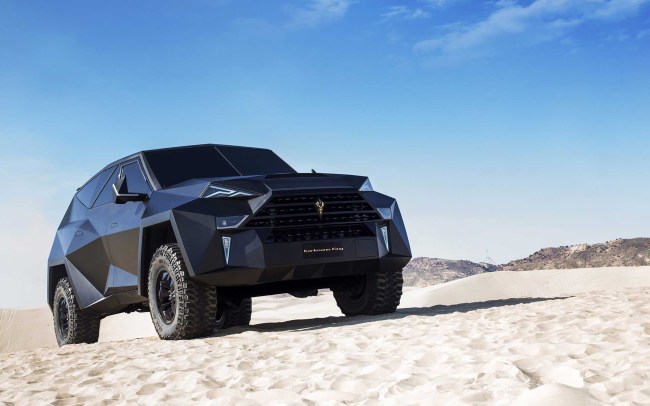 The Karlmann King is one of the most high-performance SUVs ever built and I feel like just saying that is also an understatement. This bulletproof SUV looks like it was first designed inside of a GTA-style pixelated video game and then brought into real life because it’s so badass they had to build it.

What makes the Karlmann King so spectacular? Well, I already mentioned that it’s bulletproof which makes it one of the safest security SUVs ever built. The Karlmann King weighs six-tons and is designed with the same black geometric lines as a stealth bomber. It is capable of operating in temperatures of up to 200-degrees Fahrenheit so it can run in the absolute harshest of conditions. 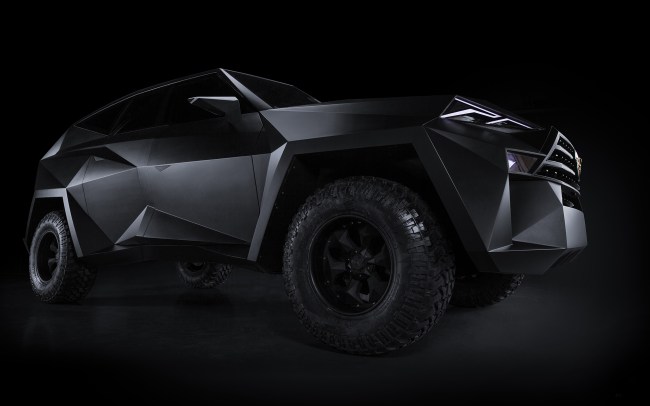 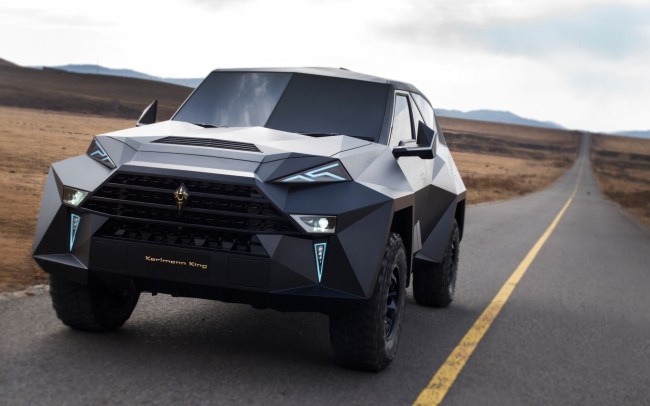 When you crack open the hood of the Karlmann King you’ll find a 6.8-Liter V10 which, sadly, means the top speed of this SUV is only 87 miles per hour. But I guess that’s what happens when you have a SIX TON vehicle that’s bulletproof. The interior rivals the finest luxury hotels in Paris and the amenities include a widescreen TV, PlayStation 4, Nespresso machine, fridge, security safe, Apple TV, mood lighting, pop-up tables, and more. 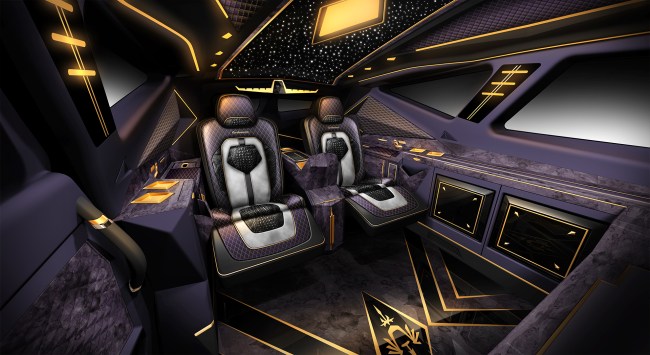 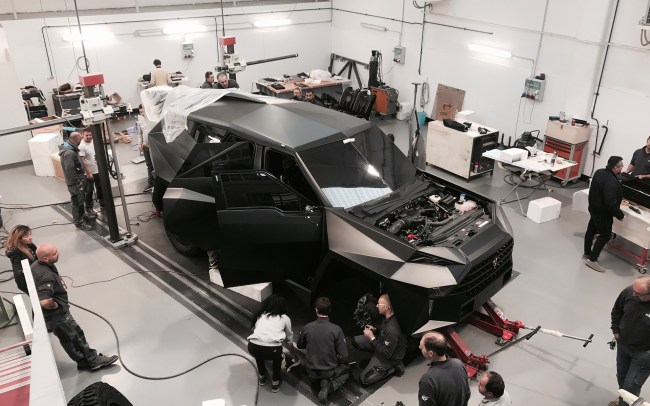 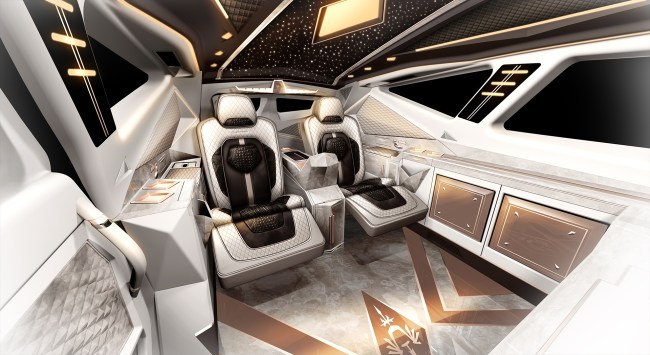 It takes a team of 1,800 people to make the Karlmann King and there are only 9 of these incredible SUVs manufactured each year. What’s that mean? It’s expensive as hell. In order to purchase this badass SUV that looks like the love child between the Batmobile and a military SUV will set you back a cool $3.8 million.

Here’s a badass ‘making of’ video that looks like it’s straight out of Hollywood:

If you’ve got the cash, you can visit the Karlmann King website and the Dubai-based auto manufacturer can get started on your indestructible SUV today.