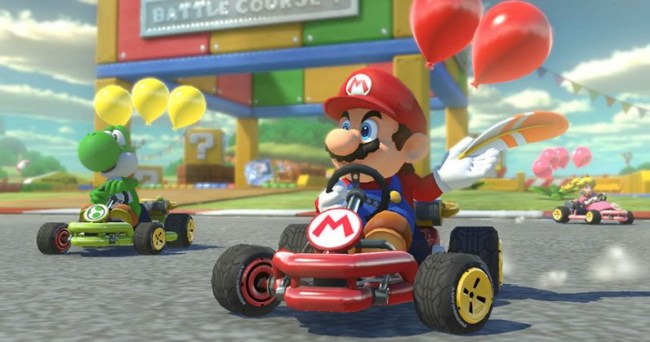 Get your banana peels and your Bob-ombs because Mario Kart is coming to a phone near you, but there is a catch. Nintendo revealed that a Mario Kart mobile game will be available for phones and it will be titled Mario Kart Tour. Nintendo’s most popular franchise will come to phones, but there are a lot of questions.

Nintendo did not divulge whether the game would offer an online multiplayer option. However, the title suggests that it would. The game will most likely allow players to battle each other in various circuits. We also don’t know the exact release date for Mario Kart Tour. We only know that Mario, Luigi, and Princess Peach will hit mobile devices during the next financial year, which is sometime between April 1, 2018, and March 31, 2019. That’s a massive window, let’s hope it’s sooner rather than a year from now.

The checkered flag has been raised and the finish line is near. A new mobile application is now in development: Mario Kart Tour! #MarioKartTour Releasing in the fiscal year ending in March 2019. pic.twitter.com/8GIyR7ZM4z