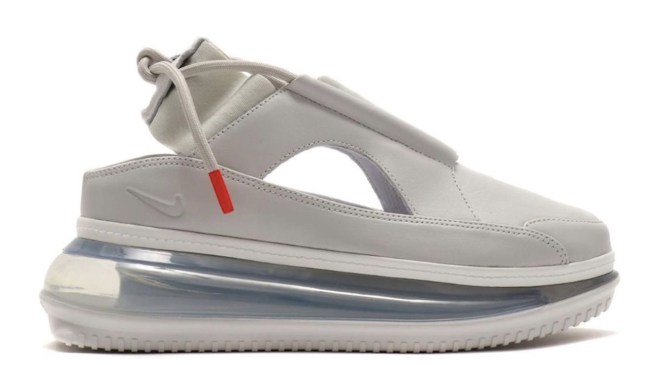 It goes without saying that Nike is one of the most influential brands in the world.

Not just as a sneaker brand, not just as a sports brand, but as a brand in general, there are few on planet Earth as influential as Nike.

So, when a company as big as Nike makes a product that the culture isn’t vibing with, the backlash is sure to be loud and widespread, and that’s exactly what happened following the release of Nike’s lastest women’s sneaker.

Unveiled earlier this week, the Nike Air Max FF 720 — which is set to be released on Thursday, June 20 — is a sneaker/sandal hybrid designed specifically for women.

“Essentially a closed-toe Air Max 720 sandal, the FF offers a cut-out upper with an ultra-simplistic lacing system in both an airy sail and a stark black colorway,” SneakerNews explains.

“Although the heel and mid foot are both left wide open, the toe box is indeed left shut to provide a more snug fit and some slight semblance of simplicity. Down below, the 720’s already-sizeable cushioning unit is made even more bulbous, thanks to it being sandwiched in between a black strobel and a chunky textured outsole that gives off slight shades of the Air Force 1,” the description continued.

However, from the moment it debuted, the sneaker has been on the receiving end of heavy online criticism for its apparent iron-like design.

Ranging from the subtly hilarious to the genuinely outraged, Twitter had quite a few hot takes when it came to Nike’s latest women’s release:

Truthfully, whether or not the Nike Air Max FF 720 looks like an iron or not is irrelevant — the fact is, it’s just an ugly ass shoe.

However, if you or your girl somehow find these kicks appealing and what to cop a pair come June 20, you’ve got two colors to choose from: Black and “Sail” (which appears to just be a fancy word for “grey”).

Although, we wouldn’t recommend snagging these for your girlfriend as an anniversary gift. Stick to flowers, bud.