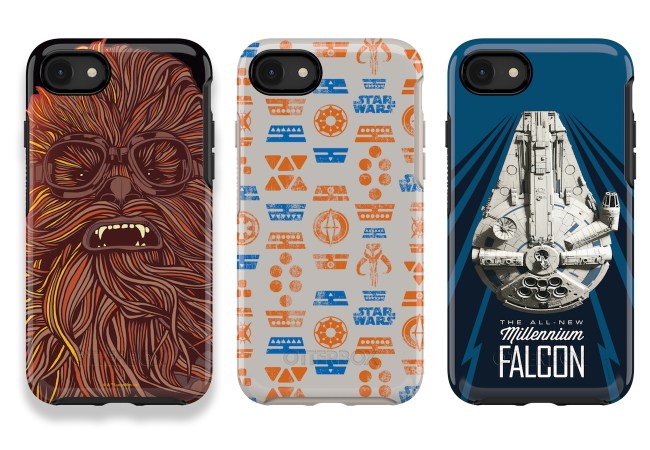 To celebrate the release of the film, Otterbox released a tribute to the iconic character and his place in the Star Wars legacy with these slick ‘Solo: A Star Wars Story’ Symmetry Series cases.

The most loyal co-pilot one could ask for, OtterBox’s Symmetry Series of cell phone cases protects against bumps and drops with a slim and sleek form. The dual-density case slips easily into pockets while a raised beveled edge keeps the touchscreen tucked away from harm during drops.

All of these designs are available now on Otterbox.com for iPhone 7/8, iPhone 7/8 Plus, iPhone X and Samsung Galaxy S9  and Galaxy S9+.