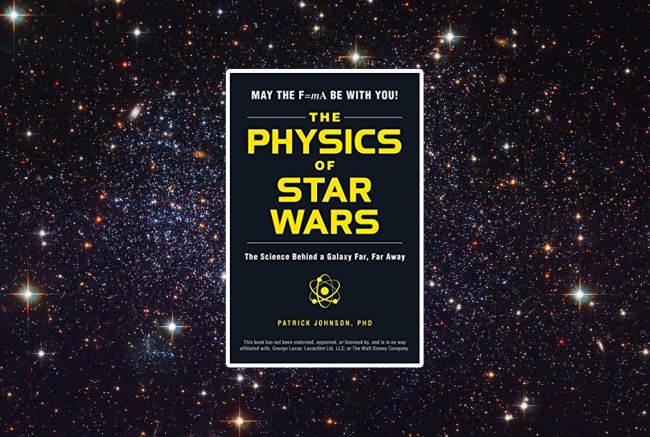 Every single one of us has watched the Star Wars movie franchise and wondered “could that be real someday?”  Alright, maybe The Force isn’t possible, but lightsabers and moving through space at the speed of light could one day become a reality.

A new book explores those questions, and more, and gets down to the physics involved in the Star Wars films.

In The Physics of Star Wars, author Patrick Johnson explores the mystical power of the Force using quantum mechanics, find out how much energy it would take for the Death Star or Starkiller Base to destroy a planet, and discover how we can potentially create our very own lightsabers.

When he’s not writing about Boba Fett and destroying Death Stars, Johnson is an assistant teaching professor at Georgetown University. Johnson believes the fantastical world of Star Wars may become a reality. His new book will probably convince you too.