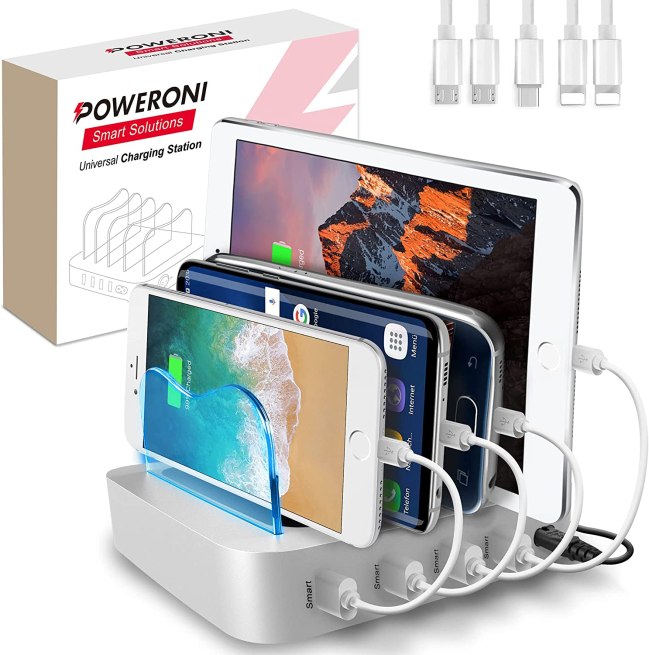 The other week, I found myself in a Larry David-esque social situation that left me feeling like a real jabroni. My phone died while I was hanging out at a barbeque at a friend’s house. I didn’t have a charger on me, but noticed a charger in the kitchen, plugged in near the pitcher of margaritas. The phone had plenty of juice, so I unplugged it and plugged mine in.

Shamefully, I didn’t know who’s phone it was. I just knew it was sitting there for at least an hour while mine was dead as a brick. So I unplugged it to plug mine in.

Well, that didn’t sit very well with my friend’s wife, the owner of the mystery phone. About 15 minutes later, she asked why I didn’t just bring it back to her instead of simply leaving it on the counter, unplugged. I said I didn’t know who’s phone it was and didn’t want to try to solve the mystery, out of politeness. It was all innocent, but she was definitely annoyed.

Cue the Curb Your Enthusiasm music.

None of this would be an issue if they simply had a Poweroni USB Charging Station Dock. This thing charges four devices. Best of all, it props them up so they look organized and aren’t all scattered about.

BUY NOW VIA AMAZON – SAVE 15% With Coupon