#Books
BroBible may earn a commission if you buy a product or service via links in this article.
by Rick WolfJuly 19, 2017 2:07 pm 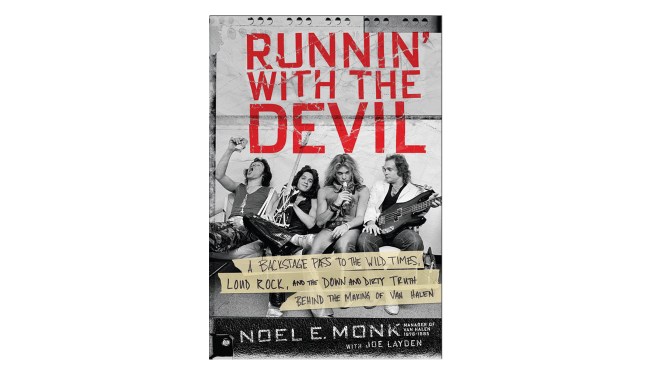 Van Halen has split up more times than Black Chyna and Rob. The Van Halen break-ups probably weren’t as awful (no posting of naked pics) but David Lee Roth and the Van Halen brothers love one another and also love to hate one another.

In the new book Runnin’ with the Devil: A Backstage Pass to the Wild Times, Loud Rock, and the Down and Dirty Truth Behind the Making of Van Halen, The manager who shepherded Van Halen from obscurity to rock stardom goes behind the scenes to tell the complete, unadulterated story of David Lee Roth, Eddie Van Halen, and the legendary band that changed rock music.

Throughout Van Halen’s meteoric rise and abrupt halt, this confidant, fixer, friend, and promoter saw it all and lived to tell. Now, for the first time, he shares the most outrageous escapades—from their coming of age to their most shocking behavior on the road; from Eddie’s courtship and high profile wedding to Valerie Bertinelli to the incredible drug use which would ultimately lead to everyone’s demise. Sharing never-before-told stories, Monk paints a compelling portrait of Eddie Van Halen, bringing into focus the unique combination of talent, vision, hardship, and naiveté that shaped one of the greatest rock guitarists of all time—and made him and his brother vulnerable to the trappings and failings of fame.

The book is a must-read for fans of VH and lovers of classic rock and classically bad behavior.