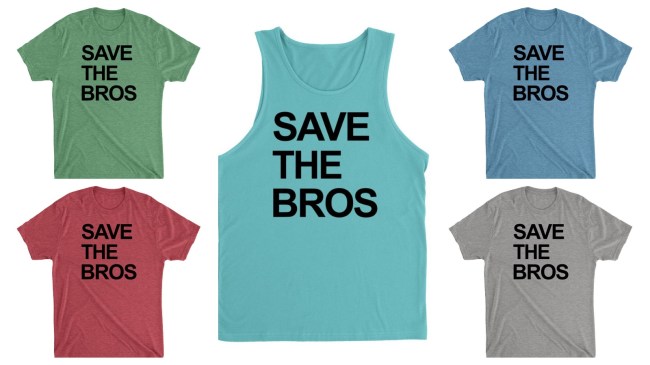 Our friends at Highly Clutch are dropping a lot of new party shirts from spring and summer right now and none of them hit home with BroBible more than this Save The Bros t-shirt and tank top. We didn’t know that Bros needed saving, but alas, here we are.

Sometimes people categorize Bros incorrectly. They think the word “Bro” is synonymous with “asshole”. Well, those people are wrong. I know plenty of assholes who aren’t Bros. And plenty of Bros who aren’t assholes. The two things are not always related. You can eat peanut butter without jelly, ya heard? Real Bros have evolved. We openly admit that we watch Rom-Coms now. We sometimes pick Twisted Tea over beer. Occasionally we hold in our farts. Bros are on the up and up and we gotta make sure we save our species. There’s no way we’re going extinct. And since we don’t want Bros to go extinct, we’re obligated to throw our support behind such a campaign. Go big or go home. And Save The Bros.

Save the Bros Tank Tops 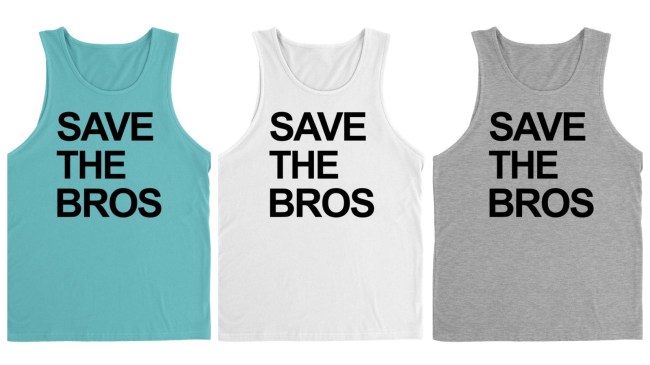 Save the Bros T-Shirts 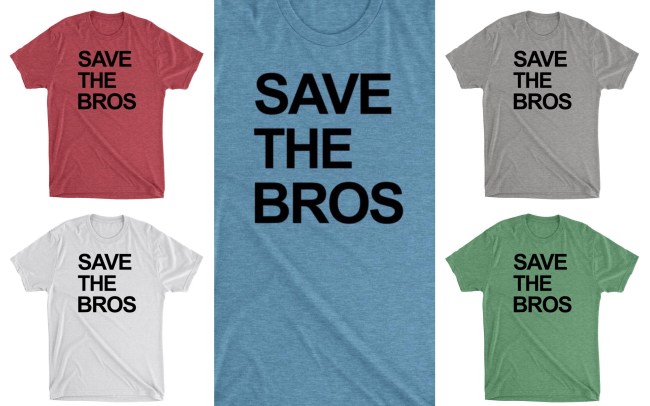