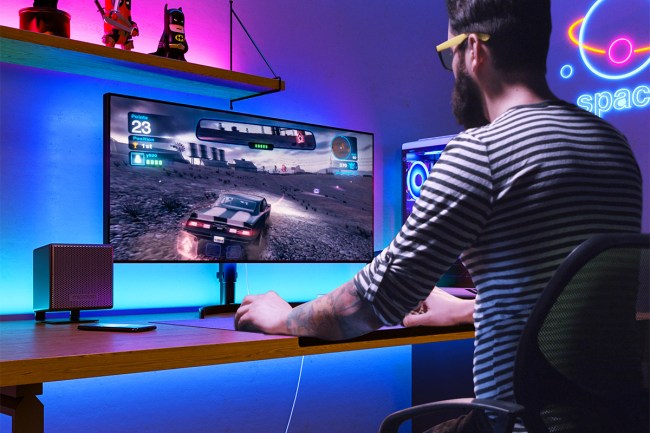 Home entertainment setups have long been something people are willing to pour a ton of time and money into. Having a comfortable, state-of-the-art home entertainment setup makes whatever you’re using it for, whether it’s music, movies, or gaming, that much more enjoyable. And when we think of upgrades, our first thought lands on investing in the best technology like consoles and TVs.

However, other touches like the layout, decor, and even the lighting can morph any TV room or den into a true home entertainment center or enviable man cave. That’s where smart TV LED backlighting comes into play. It’s a colorful addition to any gaming PC or smart TV, and it’s a sure-fire way to instantly take your at-home entertainment experience and kick it into high gear. And that’s never been easier than now than with this smart LED strip, currently on sale for only $9.99.

Much has changed since the advent of LED lighting. Not only are LEDs incredibly energy efficient and practically never burn out, but they can also be combined into staggering numbers of color combinations. For example, this smart LED strip can achieve more than 16 million of them. The strip itself pairs seamlessly with Alexa or Google Home or can be controlled from its intuitive companion app. The coolest feature of the strip has to be the powerful microphone, which listens to ambient noise and adjusts the colors displayed to match your movie, game, or music.

Amazon users absolutely love this LED strip for its ease of setup and the dramatic effect it has on their home entertainment experience, earning it 4 out of 5 stars from verified customers. One user raved, “I like the brightness, the ease of installation, the price, and the overall functionality. It works great with Alexa, but after I got the settings to where I wanted them, I don’t adjust it much. It turns on and off with the television.”

Get the most you could be getting out of home entertainment with a smart LED backlight, on sale now for $9.99. That’s not all! If you spend over $50 (after any returns) in our shop today, you’ll get $10 in store credit added to your account.