Yep, I’m Going To Have To Purchase This Triple-Decker Couch For My Living Room Right Now

#furniture
BroBible may earn a commission if you buy a product or service via links in this article.
by Douglas CharlesJuly 25, 2018 2:04 pm 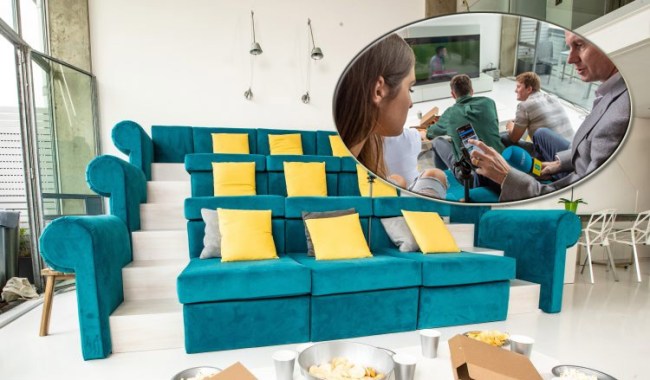 The fight for a spot on the couch could soon be a thing of the past – thanks to a new three-story, triple-decker couch.

Designers behind the fantastic furniture – which comfortably seats nine – were inspired by the stadium-style seating at Wembley Stadium and included a smartphone holder, complete with an in-built charger… AND beer-resistant upholstery!

Oversized pillows also keep sports fans comfortable as they settle in to watch a game on TV with their friends.

The prototype was created by the EE team who were inspired through their partnership with Wembley Stadium, to mark the launch of EE’s new BT Sport offer, which gives customers the ability to cast BT Sport matches from their phone to their TV – wherever and whenever they choose, without a contract and with inclusive data.

It comes after a survey of 2,000 sports viewers found 51 percent would prefer to watch sports with friends in someone’s home rather than venturing out to the pub. More than half say it’s more comfortable, while almost a third want to avoid being covered in beer by crowds during the celebrations.

Others would rather stay away from the pub because there’s no competition for space or chairs at home and to be able to rewind and re-watch key moments.

It also emerged that six in 10 enjoy playing host to friends and family to watch big sport events at their home with lots of snacks and plenty of drinks on offer considered key.

Enough seats for all guests is also important along with having surround sound and good WiFi. And when it comes to foods, pizza, chips and dip and peanuts were named the best choices to serve up to guests. 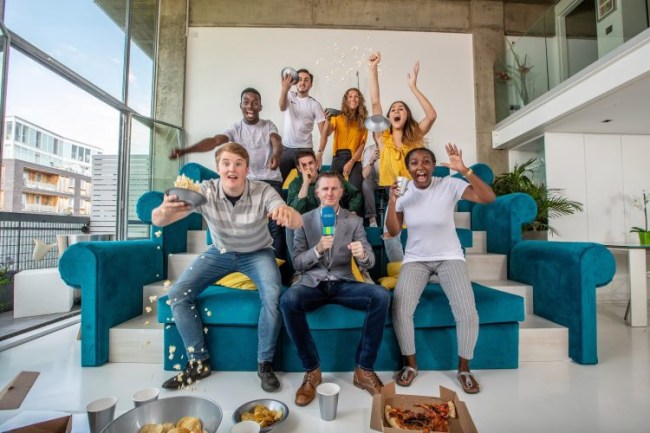 Fifteen percent even admitted they would be more likely to stay friends with someone if they had a good sport TV package they could use when there are big sporting events on.

The new three-tiered sofa prototype by EE, was tested out by BT Sport analyst and former England, Liverpool and Real Madrid midfielder, Steve McManaman who said, “There’s nothing better than watching sport with a group of mates and it’s brilliant that with EE you can now cast the best action from your phone onto your TV. You’ll never miss any of the action. When I’m not in the BT Sport studio and have people around to watch a game – I make sure the sport is on the big TV, the snacks are out and this multi-tiered sofa would be an amazing addition to mine or any sports fans’ sitting room.” 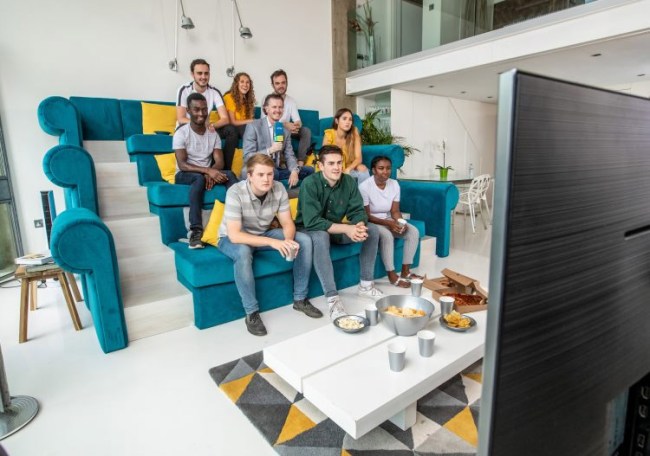 Max Taylor, Managing Director of Marketing at EE added, “Watching the sport you love has just become a whole lot easier for our customers who can now cast the best live action from BT Sport straight from their phone to their TV. With the first three months access to the app for free, and the data on us, sports fans no longer need to crowd around a small screen or go on expensive pub trips to watch the game if they don’t want to.”

“Now that our customers can watch the games on the big screen, we wanted to see what the ultimate at home casting experience looked like, so we developed this Wembley stadium inspired sofa design – the perfect living room accessory to share our new BT Sport offer with your mates.” 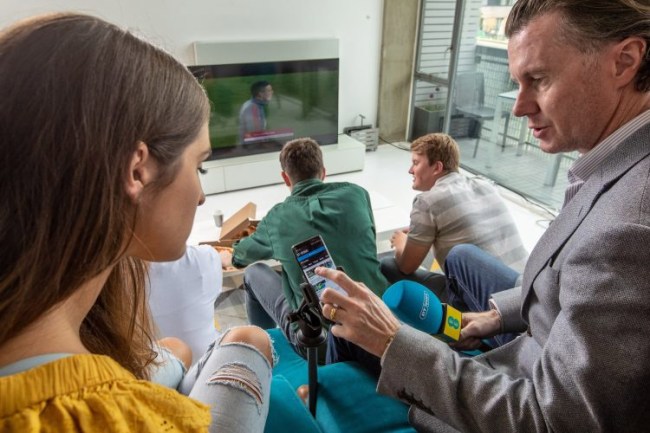 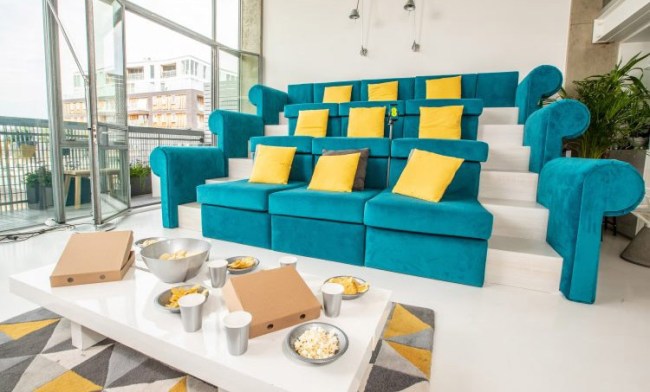 The enhanced BT Sport offer continues to bring fans the best live action from the BT Sport app and now allows EE customers to cast from their phone to their TV in glorious HD using Apple TV or Google Chromecast which are also available from EE on Add to Plan. The first three months access to the app and casting ability is free for all EE Pay Monthly customers, after which customers will pay just £5 a month for access to the app and £10 a month to be able to cast it to the TV. There is no commitment with a 30-day rolling plan that allows customers the flexibility to join or cancel at any time. For more information on EE’s new offer, just visit their website.