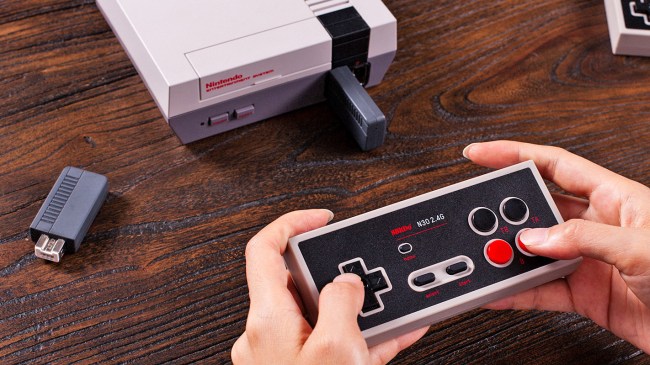 Nintendo released the NES Classic Edition last week and the extremely popular mini console sold out in a slew of retailers (Here’s where you can buy it at the cheapest prices). Now there’s a wireless controller available for the old-school Nintendo gaming unit that will give you the freedom when playing your favorite retro games.

The NES Classic Edition comes with one wired controller with a 30-inch cord. If you’ve got your NES Classic console hooked up to a 65-inch TV, then you don’t want to be two-feet from the screen and forced to sit on the floor like a 5-year-old. The wireless gamepad for the retro console allows you to sit comfortably on your couch as you kick ass with Ryu Hayabusa in Ninja Gaiden or you wallop Glass Joe in Punch-Out!! 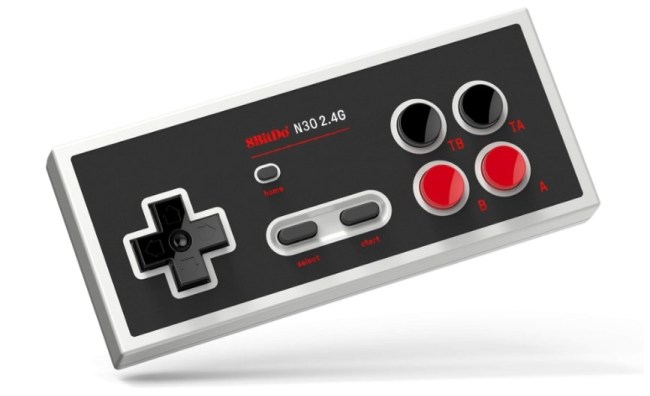 The upgraded wireless NES controller from 8BitDo looks much like the original controller but it is better. Not only because it is wireless, but also because there is a dedicated “Home” button and four face buttons instead of two for “turbo” functionality. The NES Classic Edition only comes with one controller so if you want to invite Luigi to help rescue Princess Peach in Super Mario Bros. you’ll need a new controller anyway.