Woot! Is Celebrating Its 15th Birthday With Mega Deals All Week – Here’s How To Snag Awesome Stuff Cheap!!

What were you doing 15 years ago, in the summer of 2004? Can you even remember? Hoobastank’s “The Reason” was legit the song of the summer that year. Feel old yet? Because it feels like just yesterday for me: I was graduating high school, chillin’ with friends, and shipping off to college for my freshman year in the summer, working at a golf course restaurant to save up cash for my first year in school.

Crazy how the time flies. Founded in the summer of 2004, Woot.com launched as “the original daily deals site” – offering Internet shoppers just one product per day until it sold out. Woot! took off, then it was snatched up by Amazon in 2010. They’re still kickin’ it hard, offering special daily deals and other limited-time offers across seven categories: Home & Kitchen, Electronics, Computers, Tools & Garden, Sports & Outdoors, Shirts, and Gourmet.

15 years later, when you’re on the hunt for epic bargains, Woot! is still one of the best resources on the net for scooping up awesome stuff at an amazing price. And there’s nothing we love more here at BroBible than an amazing deals on awesome stuff that makes your life better. It’s our sacred oath to tell you about where to snag the best finds around the web.

That’s why we’re stoked for Woot’s 15th birthday shenanigans week. To celebrate their 15th birthday, Woot.com is launching a week of incredible deals, all with some fun shenanigans for scoring cool stuff.

Every day this week, we’ll tell you about a new birthday week deal at Woot! and how to grab it.

Woot throws up a product with two prices and asks customers to vote. If enough folks to lower the price, then it’s released at the lower price the following day. During the birthday week, the deal will be revealed on Monday, July 8 with the voting window open until 10pm CT. At midnight, on Tuesday, July 9, if enough votes have filled the Deal-O-Meter, then it will be available to purchase at the lower price. So get those votes in ASAP!

This Wednesday and Thursday, at the start times below, a product launches with a price of $1. There are just a few at this price. If you miss it, stay on that page and be ready to refresh it in 10 minutes. Every 10 minutes, the price goes up a little more, with just a few at each price level. Woot! keeps raising the price until there’s a “final” price and/or it sells out. The price will increase 4-5 times before the final price is reached.

Products will start at $1 on 7/10 and 7/11 at the following times. The products are TBD, so you’ll have to check back on Wednesday when WTF pricing starts.

Woot Offs are Woot’s most legendary shenanigan. In Woot-Off! mode, a new product is launched immediately after the sellout of the previous deal. The number of Woot-Off! items, sequence, and quantities of each product are never announced, so you have to watch the landing page closely and be ready to pounce on a deal before it disappears.

Look for the Woot-Offs on the Clearance section, the Shirt section, and the Gourmet section.

WE ALL LOVE SURPRISES, ESPECIALLY ON A BIRTHDAY!!!!

A Bag of Crap (or BOCs, as we call ’em) is a random collection of stuff that Woot shoves into a box and sells to you. Wooters have received brand-new laptops, a single shoe, expired batteries, and more. You’ll never know when they’ll appear, or what you’ll get! They cost $10 and shipping is included.​ For example:

Woot will be releasing the largest-ever assemblage of crap to appear on Woot. They will appear at random times in the Woot-Off, on the Woot App, and during the 15-hour Woot Locker livestream, which will be hosting a live-stream on Woot’s Twitch channel​.

It gets better! Each hour during the 14-hour Woot-Off, Woot will release 10 specially-priced, limited-edition Birthday Bags of Crap. They are packed with extra crap, and a special certificate customers can frame and hang on their wall. They retail for $50 and they’ll contain some exclusive 15t​ h-​ birthday rarities, so they’re worth it! 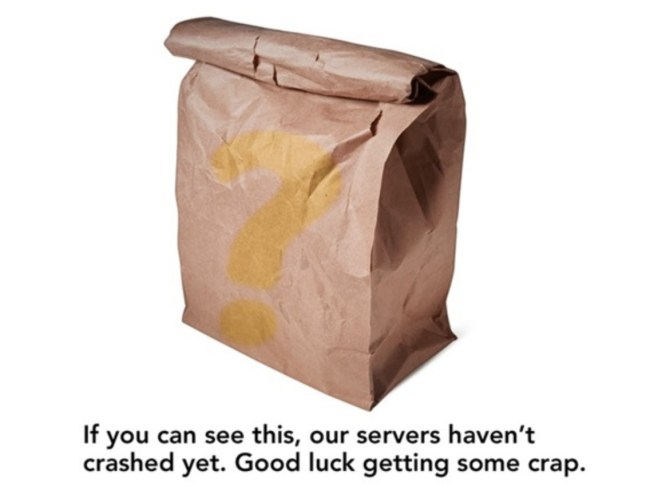 Arrange your calendar accordingly to tune-in on Friday!!!! Between 7am and 10pm CT, the Woot staff will make a new Woot Locker every hour. The Woot Locker is like the larger, sillier version of a Bag of Crap. The price starts at $10,000 for an empty box, and employees add new items to the box every 5-10 minutes. Each time an item is added, the price of the Woot Locker is reduced. 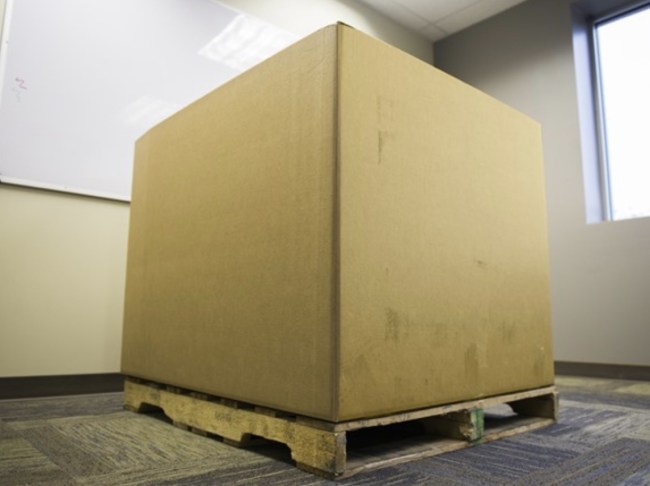 This is all captured on the livestream, until we get to a price that someone wants to actually pay for it. Once it’s sold, the box is emptied and the next Woot Locker goes up for sale. The process then . starts over again, every hour!

And the only way to know what’s going in the box is to watch! TUNE IN ON TWITCH!

In the meantime, go follow along yourself at Woot.com – because online shopping should always be this much fun.