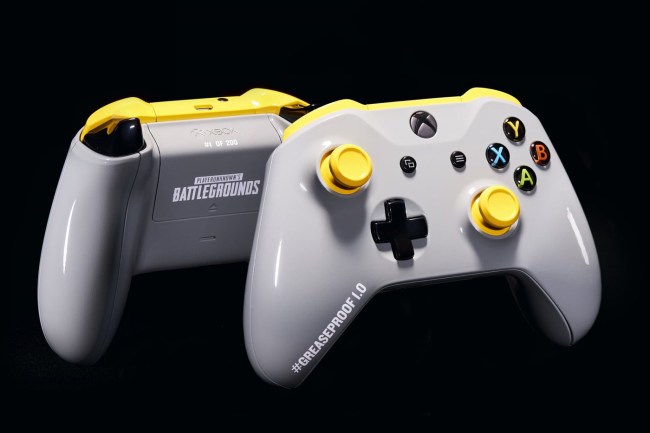 Doritos and Mountain Dew. That was the gaming snack choice of every dude in the mid-90s and the stereotype of a gamer who snacks has endured ever since.

To celebrate the official release of PlayerUnknown’s Battlegrounds in Australia as the game finally moved from Xbox Preview to full release, Xbox Australia is releasing an exclusive ‘greaseproof’ Xbox One controller.

On the one hand, it’s meant to be a bit of a joke. Hahahahaha, gamers all eat like shit while playing video games! Right?! It’s just a stereotype. But on the other hand, it’s pretty fucking brilliant.

A greaseproof controller?! What took them so long to bring this to market. The controller is hand laminated with a greaseproof urethane that also fends off scratches and water, making it virtually impenetrable to some of the typical wear and tear of a normal Xbox One controller. 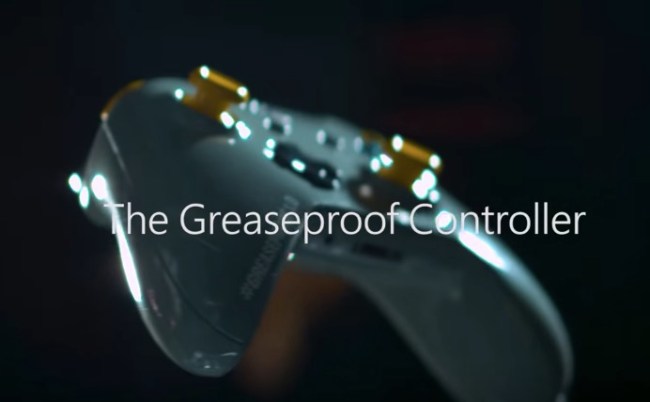 This special PUBG edition has been aptly named the ‘Greaseproof 1.0’ and it features PUBG‘s trademark black and yellow colors as well as gaming messaging on the back battery case and the front left of the controller.

XBOX Australia released a clip announcing the Greaseproof 1.0 and methinks after the world sees what’s going on here they’re going to demand that Xbox actually releases this worldwide and not just as a gimmick.

The bad news? There are only 200 of these limited-edition controllers being released and it appears to be marketed towards the Australian audience. 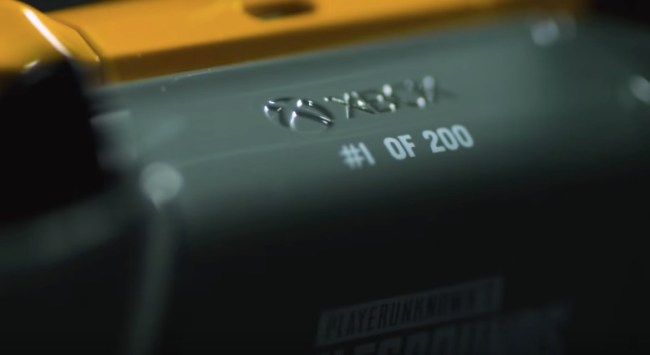 Also, since this is to celebrate the Australian release of the game so I’m guessing you’ll have to be Australian to get your hands on the Greaseproof 1.0 and/or have some $$$$$ to buy one on the aftermarket.

If you want to get in the running for one of the 200 ‘Greaseproof 1.0’ PUBG controllers you’ll need to visit the XBOX ANZ Facebook page for details about entry and how to win.