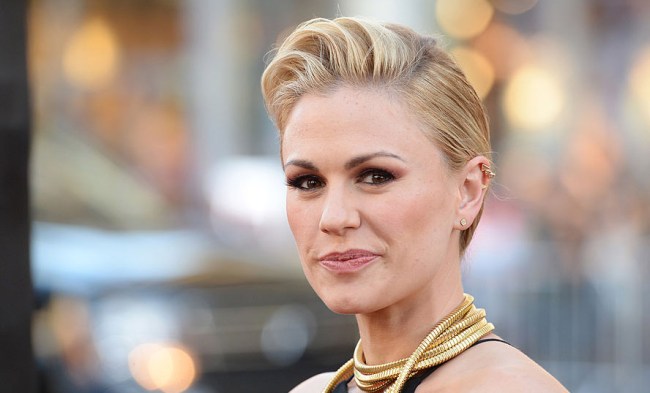 On Wednesday we shared a story about how a BBC news segment was interrupted by a staffer watching what we thought was an adult film in the background of the telecast. Naturally, video of the snafu went viral on the internet and people got a great laugh at the BBC’s expense.

Little did we know that (a) it was not actually an adult film that the staffer was watching and (b) one of those people who got a great laugh out of it was actress Anna Paquin.

Why did Anna Paquin get such a big kick out of it? Because the naked woman on the screen in the background of the news segment was actually HER in a scene from True Blood.

In a spectacularly funny error in judgement by some employee as far as #NSFW viewing at #BBC my tits from #trueblood photobombed the 10pm news! I literally can’t laugh hard enough.

BBC accidentally shows woman's breasts during News at Ten https://t.co/aUzwiKhqIZ via @telegraphnews MY BREASTS!! SO FUNNY ON SO MANY LEVELS

MY BREASTS!! SO FUNNY ON SO MANY LEVELS

Now that I know what u guys were talking about this some of the funniest shit I've seen in a while!!! Thanks for the giggle! #FreeTheNipple https://t.co/wDJPXhIZWA

Now that I know what u guys were talking about this some of the funniest shit I’ve seen in a while!!! Thanks for the giggle! #FreeTheNipple

Of course Mr. Skin was right on top of it.

Pretty cool that she could laugh it off so well, huh?

Now I have TrueBlood on my mind…think I need to do a rewatch this weekend.