Bono’s Daughter Eve Hewson Landed A Highly-Coveted Movie Role, In Other News, Bono Has A Daughter 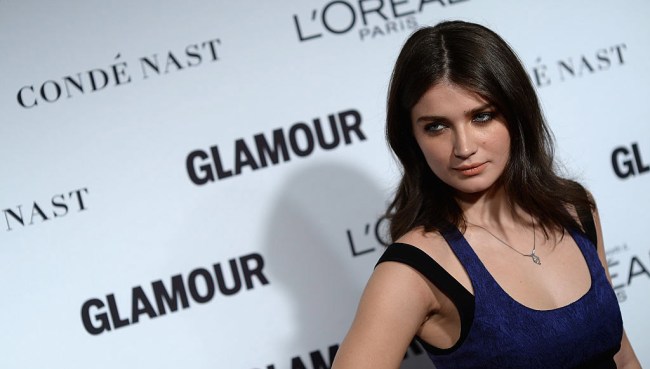 Apparently, way back on September 30, 2015 I wrote up a little story about the fact that U2 frontman Bono has a daughter named Eve Hewson. I guess since two human years is like 20 years on the internet I must have completely forgotten about it.

Either that or the fact that since her photo shoot for GQ back in 2015 Hewson hasn’t had any acting roles that I would have noticed. She did have a small part in Bridge of Spies playing Tom Hanks’ daughter that year, but her next acting role didn’t take place until 2017 where she again had a small part in the film Papillon.

She also appeared for two seasons on Steven Soderbergh’s TV series The Knick, which aired on Cinemax, meaning I had no idea it existed.

So yeah, Hewson hasn’t exactly had any real blockbuster material to work with yet.

That is all about to change, however, for the 26-year-old NYU graduate from Dublin.

Because in 2018, September 21, 2018 to be exact, Hewson will be appearing in the film Robin Hood: Origins playing the part of Maid Marian alongside Kingsman: The Golden Circle star Taron Egerton, Fifty Shades Of Grey’s star Jamie Dornan, Paul Anderson, Ben Mendelsohn and Jamie Foxx.

This was a much coveted job — over 100 young actresses were considered — and I’d previously written that Hewson was part of a short list that included Dutch actress Gaite Jansen (Supernova), Australian thesp Lucy Fry (Vampire Academy) and British actress Gugu Mbatha-Raw (Belle). It’ll be Hewson who shines up Sherwood Forest.

The Daily Mail has some pics of Egerton and Hewson on set shooting the movie in Dubrovnik, Croatia.

And Entertainment Weekly just shared some newer, more finished photos from the film on Instagram (be sure to swipe).

#TargonEgerton is taking aim as #RobinHood in these exclusive first look photos at the film, slated for a 2018 release from Lionsgate. “I was approached not long after the first #Kingsman movie had come out, and my initial response, to be totally honest, was ‘Why?’ [But Director Otto Bathurst] told me he wanted to do something entirely revisionist, something that can’t be tied down to a medieval universe," Egerton told us. Jamie Foxx, Jamie Dornan, Eve Hewson and Ben Mendelsohn are also on board for the film. Swipe through for more photos, and click the link in our bio for details. 📷: Attila Szvacsek/Lionsgate; Larry Horricks/Lionsgate

A post shared by Entertainment Weekly (@entertainmentweekly) on Dec 8, 2017 at 9:50am PST

Tom Hanks is pretty great but CHECK OUT THESE HAIR CURLERS. (JK. Tom Hanks is the greatest)

Me and the mega JLD on the set of Enough Said. What a woman. #luckyme @officialjld

Got a terrible case of the resting bitch face @marieclairemag 🙍🏻