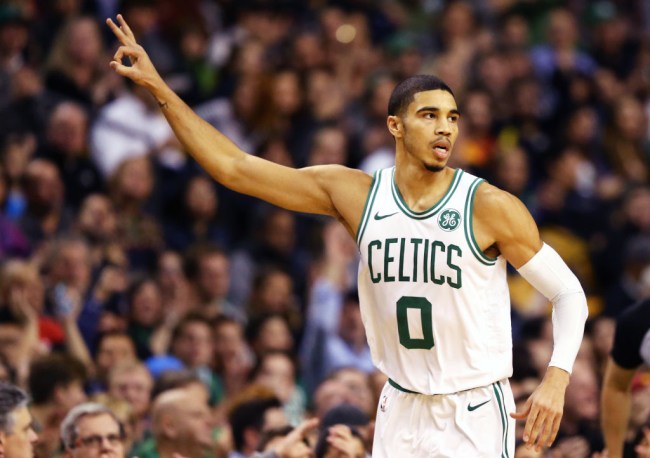 Back in 2015, NBA guard Lou Williams became an instant legend when he revealed that he had two girlfriends at the same time.

As Lou Williams continues to get Buckets in his 14th season, dont let that distract you from the fact he once had two girlfriends at the same time and one of them had a twin. pic.twitter.com/oYUQq4P0Wt

Apparently Celtics rookie sensation Jayson Tatum is taking a play out of Williams’ playbook and is juggling relationships with two girls while balling out this season.

Jayson Tatum is currently dating a duke volleyball player named Samie Amos, they have been dating for a few months now

However before samie, there was a girl named Toriah who he had been dating for a couple of years since high school.

If you look on Toriahs twitter, you will notice that she hasn’t deleted their old photos together

Jayson Tatum is currently dating a duke volleyball player named Samie Amos, they have been dating for a few months now pic.twitter.com/ccD84uaMKE

Toriah recently posted a picture on her Instagram with her new baby on the CELTICS HOME COURT pic.twitter.com/fGwLwZGnrS

Update: Tatum has finally decided to come out with the news, posting a photo of his child!! pic.twitter.com/kOq5warhhQ

Seems like Tatum is doing pretty good this season despite having to divide his time between two girls.