I have to say, Olivia Munn breaking up with Packers QB Aaron Rodgers seems to have been the best thing she’s done in some time. No, I don’t mean for her, though that’s certainly possible, but I don’t claim to know how she’s been dealing with it emotionally and all that. I mean for us.

Back in the day Olivia Munn was one of the most fun people on the internet. You know, back in the old Attack of the Show days when she pretended to be a nerd who liked to dress up sexy – a.k.a. pandering to her audience. She used to put out funny videos, had a good sense of humor, and as I mentioned, she like to dress up sexy. Sue me for finding that appealing.

Anyway, while Munn was dating Aaron Rodgers her social media accounts, and Instagram in particular, went from great to almost 100% boring. I almost considered unfollowing her at one point because there was just nothing interesting to see.

However, since breaking up with Rodgers her social media account is now back to must-follow status as she’s been sharing photos of her vacations to warm, tropical locales, playing beer pong in a swimsuit, and just generally appearing to be having some fun again.

I suppose it also doesn’t hurt that all of those photos could serve to show Rodgers what he gave up and is now missing, but that would be pure speculation on my part.

You know, kind of like this dress Munn wore to the MTV VMAs over the weekend. It too could be sending a message of some kind. The message I got out of it is that Olivia Munn has tremendous fashion sense, but it could be something else entirely. What do you think? 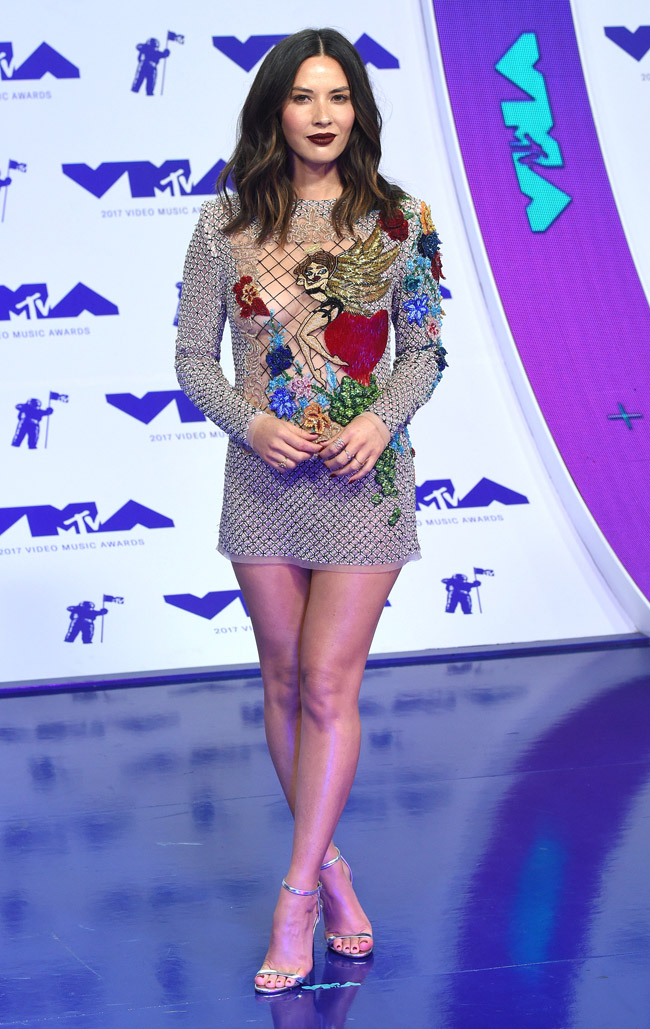