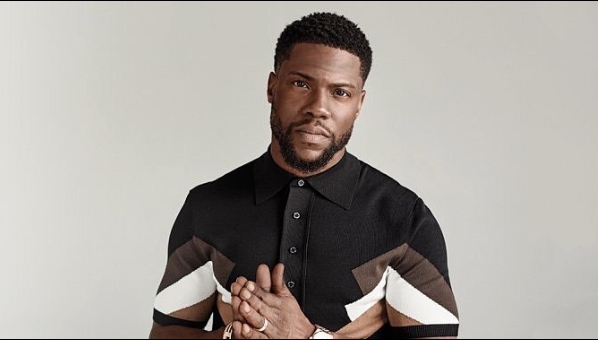 It was revealed this weekend that Kevin Hart is involved in a cheating scandal after he publicly apologized and admitted that he is being extorted for a video of him having an explicit encounter with a woman who is not his wife. Now the identity of the other woman has been revealed and she is allegedly a traveling stripper. TMZ is reporting that the woman in the extortion video is 27-year-old Montia Sabbag, who also spells her name Montiah Sabbag.

The woman Kevin Hart cheated on his pregnant wife with is a 27-year-old stripper https://t.co/vnOpW8uEWM pic.twitter.com/u5wh53If5k

Sabbag lives in Long Beach, California, and met Kevin in Las Vegas back in August. That is where Hart was caught with Sabbag in a steamy video that reportedly shows both of them undressed and engaged in a sexually provocative situation. A screenshot of the said video shows Hart resting his head on a woman’s chest and clutching her thigh as both of them laugh.

Allegedly, Kevin had never met her before that night and has not had any contact with her since. Sabbag denies she had anything to do with shooting the video or using it to extort the world-famous comedian. Whoever took the video made a multi-million dollar demand to extort Hart and keep quiet about the video. The extortionist then attempted to sell the video to at least one media outlet and asked for $15 million. Hart notified authorities of the extortion attempt and currently, the FBI is investigating the case. On Monday, Kevin talked to investigators for an hour and a half on the phone. This was his second meeting with investigators. When Hart’s legal team contacted Sabbag, she immediately sought legal representation and her lawyer said she would sit for a lie detector test if Kevin paid her $420,000.