7 Highly Illegal Things That Somehow Used To Be Legal 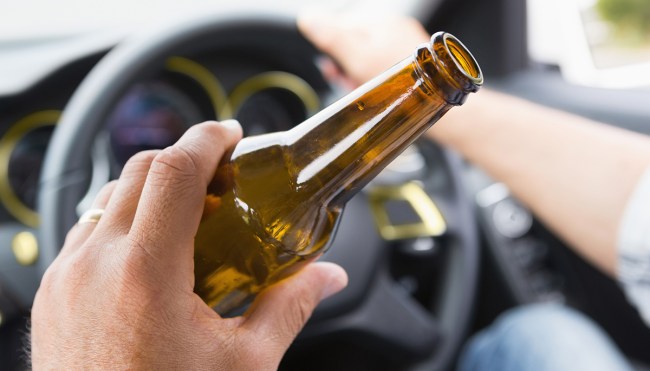 While there are certainly some notable exceptions, the vast majority of the laws that serve as the foundation of every country’s legal system are a reflection of the widely-held societal and cultural standards that dictate which behaviors are encouraged and frowned upon.

Some of those viewpoints are fairly set in stone; for example, the notion that murdering people is a bad thing that you shouldn’t do is a pretty universal thread linking civilization around the world for thousands of years. However, there are countless other examples that highlight just how fluid public opinion can be when it comes to other ideals.

The Founding Fathers acknowledge that reality by devoting a section of the Constitution to the amendment process, which has been officially been harnessed to update the document that dictates how the federal government operates on 27 different occasions since it went into effect in 1787.

However, those tweaks represent just a tiny sliver of the many laws that have been instituted and changed since the creation of the United States—including the ones that were responsible for outlawing certain things it’s kind of hard to believe used to be legal in America at some point in the pasts.

This entry is the first of a couple on this list that may eventually come full circle, as there’s been a concerted push to destigmatize (and decriminalize) sex work in recent years. However, only time will tell if those efforts lead to a dramatic shift in policy.

As things currently stand, you’ll have to make the trek to a brothel located in one of the ten counties in Nevada that are the only place you can legally pay for services that are punishable by jail time if you’re caught soliciting (or providing) them anywhere else in America.

However, that wasn’t always the case. Women (and, to a lesser extent, men) in that particular line of work were largely free to do their thing until the early 20th century. Prior to that point, it was not only legal but fairly socially acceptable to stop by a brother to have your, um, needs attended to by a professional.

Sadly, the good times came to an end when prostitution ended up in the crosshairs of the pearl-clutchers behind the moral crusade that led to the institution of a number of societal reforms (including Prohibition). While the crackdown pushed the occupation into the shadows, but it didn’t eliminate it entirely, as it wasn’t subjected to the interstate commerce clause that allowed the federal government to ban alcohol on a national level.

As a result, states had the final say when it came to whether or not to permit prostitution, which ultimately resulted in a de facto national ban after it was outlawed in virtually all of them. That legal patchwork did lead to the creation of a few loopholes—it took Rhode Island 29 years to realize it had inadvertently legalized prostitution in 1980 before before updating the flawed law in 2019—but the glory days seem to be long gone.

This one is still somewhat dependent on location, and it’s also a fairly new development; people who grew up in the 1990s might recall the host asking “Smoking or nonsmoking?” before getting a table at a restaurant, and if you’re a little older, there’s a chance you remember the days when people didn’t think twice before sparking a cigarette on a plane.

Despite that relative recency, it already seems incredibly bizarre that we’re just a few decades removed from an world where people used to be able to smoke anywhere and everywhere and no one really batted an eye.

Of course, if you take a look at how things are trending nowadays, it doesn’t seem too farfetched to suggest someone might write an article like this in a couple of decades where they talk about the insane days when people were allowed to smoke in public (or smoke cigarettes at all).

What people understand to be “child abuse” has always had a shifting definition, so it should come as no surprise that the law has had a hard time dealing with it over the years.

That particular legal area remains a fairly gray one to this day, as there are plenty of people who’d argue anyone who spanks their kids is guilty of child abuse. Plenty of others would disagree, but I think we can all agree we’ve come a long way based on what you used to be able to get away with.

It’s actually kind of hard to believe that the United States took the “our policy is that we have no policy” route when it came to child abuse for as long as it did. Parents across the country were essentially permitted to do whatever they felt was necessary to keep their children in line, and that “no holds barred” mentality was the norm for close to a century until New York became the first state to enact the child protection laws that were first instituted in 1875.

However, plenty of other states had a laissez-faire attitude that fostered the “spare the rod, spoil the child” approach that many people still favored. While other states would end up following New York’s lead, it took the federal government another century to chime in on the matter in the form of the Child Abuse Prevention and Treatment Act, which was passed in 1974.

These days, drunk driving one of the rare transgressions you could classify as a universal taboo. There aren’t many tenets virtually everyone agrees on, but if there’s one thing that unites almost every American, it’s the disdain for anyone who makes the decision to hop behind the wheel of a vehicle while intoxicated.

However, it hasn’t always been that way. When cars first started to catch on, drinking and driving wasn’t really something people worried about, but it became harder to ignore as America’s roads were gradually flooded by vehicle capable of traveling at virtually unprecedented speeds.

California and New York eventually realized there might be downsides to allowing someone who’s absolutely hammered to have free rein over thousands of pounds of speeding metal, as both states passed laws targeting drunk driving in 1910. It would take a while for others to do the same (and for members of law enforcement to actually enforce them), but hey, better late than never.

This is another issue that depends on your location, as dueling laws vary state to state. What’s is officially referred to as “mutual combat” is still entirely legal within the borders of Washington and Texas, although the loser does have the right to sue for damages (which honestly just seems kind of pathetic).

With that said, dueling is one of those rare things that has been largely eradicated through public shaming more than anything else. After all, if you win, you basically just murdered a dude, which (as I mentioned in the intro) people haven’t really been cool with for a long time.

It’s hard to pinpoint exactly when dueling became publicly disgraceful in the United States, but it was probably around the time Aaron Burr dropped Alexander Hamilton. It did manage to stick around for a while after that (the Navy lost more officers to duels than it did in combat in the early 1800s) , but eventually faded into obscurity and took a back seat the the financial duels favored by people who realized it’s easier (and much less riskier) to sue the hell out of someone in court.

Look, even if you’re not the most historically literate dude or lady dude, you’ve at least probably seen Django Unchained, so I don’t think I have to really go into too much detail here.

Let’s just say it’s a good thing the Founding Fathers had the foresight to realize some of their principles might fall out of favor, as its safe to say nothing aged quite as poorly as the belief that enslaving other humans is par for the course.

The United States still has some work to do when it comes its approach to marijuana, but nothing highlight how quickly and dramatically attitudes can change quite like the normalization of a drug only 34% of Americans thought should be legal at the start of the new millennium (a number that had risen to 68% by the time 2020 rolled around).

However, weed remains a fairly isolated case in a country where you can end up in prison for possessing the many other mind-altering substances that have been outlawed—although that hasn’t always been the case.

Basically every drug you can think of was legal in the United States at some point in time. Some were originally developed for medical reasons, others were accidentally discovered in experiments, and some were simply plants anyone could pluck out of the ground, but they all had one thing in common: the government didn’t really care that much about them.

In fact, America wasn’t home to any drug laws until San Francisco passed one in an attempt to crack down on opium dens in 1975. The federal government didn’t get in on the action until 1914, but it was sadly all downhill from there, as decades of misinformation and fear-mongering eventually led to legislation banning the many sources of fun that remain illegal to this day.