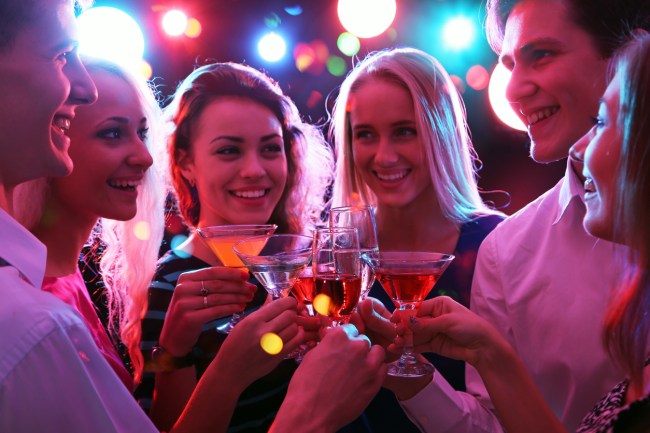 For small-towners like me, Thanksgiving Eve exhibits a drinking atmosphere that rivals St. Patrick’s Day. Mix in the plethora of alcohol consumed with the amount of “what have you been up to?” conversations of everyone at the bar, and you’re in for a fun and informative night.

Here are the people you’ll come across at your hometown bar on Thanksgiving Eve.

Every conversation with this person will start with, “Remember back in high school when we…” They had a great time in high school, and they’re trying to find a way to cling to those memories any way they can. This is their favorite day of the year, because most conversations will involve recollections. To put it in Can’t Hardly Wait terms: He was Mike Dexter in high school, and now he’s Trip McNeely.

They were kind enough to let you party in their basement in high school, and now you can finally symbolically pay them back by buying them a drink for that time you ruined their carpet.

These are the regulars at the bar who stop there every night after work. Preoccupied by their daily routine and raging alcoholism, they will forget that today (Thanksgiving Eve) is the one day a year that other people will show up to what is essentially their bar. You will receive an angry stink eye from these guys, especially if you’re one of the first few to enter the bar. Just don’t make eye contact, and don’t play any music that was recorded after the year 1979 and you’ll be alright.

4. The one you have some history with

Whether it’s an ex or someone you had a crush on in high school, chances are that this interaction is not going to go well. If you were the one who broke up with your ex, then you’ll be getting dagger eyes the entire night. You will eventually have to explain the situation to your new girlfriend, and this will lead to an argument or even worse, an introduction.

If you were the one who got dumped, you’ll see her making out with some guy who talks about things you understand as fantasy, such as how he owns a hybrid car, has most of his school loans paid off, and has a career with health insurance. On the other hand if your crush from high school shows up, you’ll likely be quickly friend zoned, (just like in high school) or you’ll discover that they had strong feelings for you in high school, but they’re already married and the first kid is on the way. 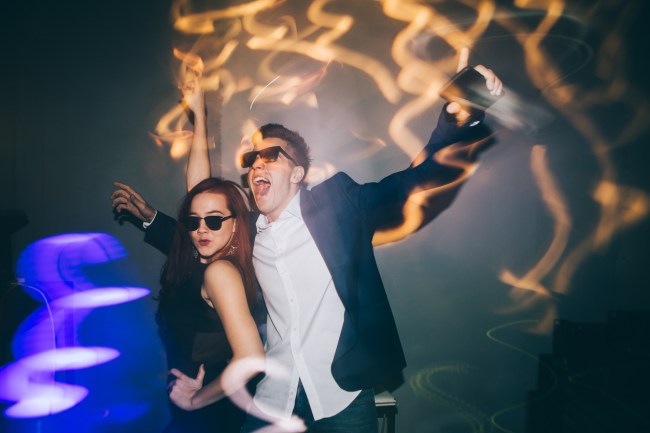 This is the kid you almost forgot about until you recognize a familiar face at the bar with some smoking hot arm candy. “Who’s the big shot?” you think to yourself. Then you realize that the kid who formerly sported a rat tail and regurgitated cottage cheese normaled out, got into computer science, and met his formerly out-of-his-league wife. Well played Rat Tail Randy, well played.

This is someone you were good friends with in high school, but started drifting apart from quickly after graduation. You’ve realized that they’re literally never going to leave your hometown, even though some of the more confident future townies of the group will try to argue that they’re just waiting for the “right time.”

This is the person who has a somewhat unique job, moved to a new city, and can’t stop talking about how unique the city and the people there are. Their Facebook feed has displayed nothing but pictures of famous landmarks, local craft beers, and articles about why you should be traveling in your 20s. Furthermore, they will try to one up everything you talk about without even realizing it.

Seeing a former teacher out at the bars on Thanksgiving Eve can pretty much go one of three ways. It’s either going to be a respected one where you’ll feel obliged to say hello, act sober, and say things like, “I’m really looking at diversifying my portfolio.” You don’t want to disappoint the one teacher who doesn’t know you’re a failure. Your second possibility is that it’s an old woodshop teacher who’s clearly just out to get annihilated, and welcomes the thought of taking a shot with a former student. We’re all adults now so let’s drink like it! Then there’s that rare third case where maybe Mrs. Daniels has recently become a Ms. She Still Looks Good, and with so many teachers in the news banging their students, I’d say that in 2014 you might actually have a decent shot.

Smaller hometown bartenders aren’t aware of the concept of cutting someone off when they’ve had too much to drink, and this is the most business they’ve had since the football team won state back in 86. On paper you’d think that the formula of mixing lots of patrons with no over serve limit would lead to a nice profit for the bar who usually only serves a couple regulars. Unfortunately for his business, the over server will get so excited at the amount of customers that he will end up giving away one too many drinks on the house. He’ll be lucky to break even once the night is all said and done, but man did he have a great time, and so did you.