The 20 Most Expensive Bongs In The World 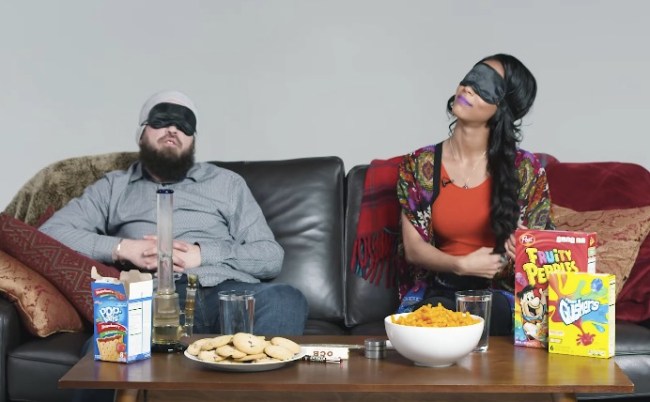 Pot smokers are more than just people that smoke marijuana all the time. It is a lifestyle to them. From the cannabis they smoke to the music they listen to, being a pothead is a way of life.

Part of the experience of being a pothead is learning everything there is to know about pot. They become experts on marijuana and that also means knowing about the best way to smoke it. Not everyone uses an apple or a Coke can, not that we are giving you advice or anything, they use bongs, nice bongs, expensive bongs.

As your income increases, your tastes do too. Who can smoke in a standard head shop bong when you can smoke one made of the most expensive materials on Earth? If you have the cash, you need to try the following bongs:

Everyone loves Starbucks, right? Well, almost everyone according to how many Starbucks there are around the country, so don’t even try and pretend not to enjoy it. Hitman Glass went ahead and collaborated with Evol Glass to construct a series of Dabuccino Cups that combined the love of Starbucks cups with the art of pipe smoking.

Carsten Carlile built a one-of-a-kind bong that looks like the body of a skeleton in a beautiful turquoise, green, violet, and teal color combination that gives this entire bong a stand-alone appeal. (Pic via SmokeCartel.com)

The name of this piece of art is Apocalypse Joe because it’s exactly that, it is a man named Joe in his gas mask and gear ready to survive the end of the world. The unique design features a 14.5mm male joint and diffused downstem with a beautiful quartz domeless nail. (Pic via SmokeCartel.com)

The Deranged Lion X Glassical Creations most extraordinary design has finally arrived. The Atlantis beaker features turtles, coral reefs, and makes anyone feel like they are spending time smoking under water. It is something that has been tried but they nailed it with a perfect creation of beauty and price.

The Freeek tube design is something that has been around for quite some time. The FGIA’s award winning artist of the year in 2010 has come up with another brilliantly simple design that deserves to be recognized once again.

The Lego man and Shark set isn’t just a cool name for a glass bong, it’s legit. Have you ever wanted to smoke a bong that was a lego character? Or what about the shark lego character? That cool ass little shark piece is now something to use to have a good time. (Pic via AquaLabTechnologies.com)

Preston Hanna designed a wonderful piece in honor of Michael Jackson’s infamous Thriller music video. However, this one is a beaver. Yeah, a beaver in the red jacket, slicked back hair, and smooth black tops. That’s the only way to enjoy a bowl these days. The high gets a boost with the beaver look. (Pic via AquaLabTechnologies.com)

Bad ass! That is the only way to describe what Robin Hood Glass has come up with in their coolest design ever, the Triceraptops bubbler. This thing is amazing. It has the entire body of a triceratops fossilized.

Forget everything you have heard so far about these bongs, the Dosa-Retticello Dab Rig w/ Quav is the smoothest designed bong on the list. The blue sparkle gives it an explosive color from top to bottom that will stand out wherever you go. (Pic via AquaLabTechnologies.com)

How about a sealed off chamber for butane that contains its’ own torch within the glass? The entire piece has five separate chambers and is designed into one complete piece that isn’t for amateurs. If you haven’t experienced this type of bong, you will need someone to teach you the way. (Pic via SmokeCartel.com)

The Killadelph Triple Coil Beaker is worth more than the asking price. Not only is it a beautiful piece, it’s triple coils make it look like something designed in the science labs at UCLA. It is known as the Unicorn because of the uniqueness of the black glass throughout, instead of clear. This is a game-changer.

Normally, the titles of the bongs aren’t as perfectly titled as this one is with that “Squid Chopper” name. That is exactly what it is, a helicopter built with a squid allowing for some fun times for sure.

Every single time you see one of these bongs, they are beautiful beyond anything you have seen before and with the ME Glass X Blitzkriega design of a balloon animal giraffe you get one of the most original designs on the list. It is amazing beyond words. This is literally a one of a kind bong. (Pic via AquaLabTechnologies.com)

There is so much going on with this masterpiece that one might even claim that this thing is too much. Scott Deppe designs works of art, not just bongs. This one has teddy bears, rainbow colors, multiple arms and mushrooms. The entire piece looks like something designed by the Grateful Dead itself.

The highest quality glass bongs in the world are made by ROOR. They have a reputation for it. The Excalibur is massive, standing over six feet tall, and requires it’s own carrying case to protect it. The name comes from King Arthur’s legendary sword and is known as a bong with magical powers. It better be for this amount of cash.

If you enjoyed the Grateful 4 Mushrooms, you will love Take Me 2 The Mothership design from Scott Deppe’s collection of glass bongs. What else can we say that isn’t obvious from the picture of it? (There is a lot going on to say the least)

The one thing you will find out about the more expensive pieces on the list is that they are amazing in design and even better, they are unique works of art. The vehicle here, the Hops Hod Rod, is nothing more than a cool ass work of art that gives everyone a little something to enjoy. (Pic via HighPriorityGlass.com)

Detail is something not missing from the Pirate Ship Builder. If Captain Jack Sparrow were to make a bong, he would love this one. But good luck smoking from this one, the price range might be a little North of your pockets. If you can afford it, feel free to invite us over for a taste test session when you purchase the amazing Pirate Ship Builder.

Imagine being someone that has $100 in their bank account being handed this amazing work of art for a quick hit. How scared would you be that you could end up dropping the gun when you took your hit? We are nervous just thinking about it right now. (Pic via SmokeZum.com)

Have you ever dreamt of smoking in a Skull bong with gold encrusted marijuana leaves spread out over the entire piece? If so, this is the one and only design in the market and Scott Deppe has done something no one else has ever tried.