5 Friendship Violations You’ll Be Put in the Doghouse For, and How to Resolve Them 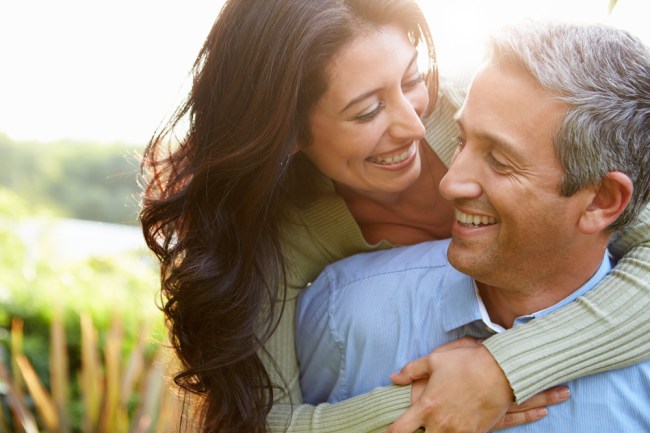 The thing about being friends with someone, particularly over a long period of time, is that you also have to be sort of an asshole. Weirdly, not living up to expectations is a pretty important component of maintaining friendship homeostasis – i.e., letting someone down one weekend provides the other party a get out of jail free card to use at their convenience. Meaning two weeks later, that person doesn’t have to feel guilty about texting a blatant lie as to why they don’t feel like getting out of bed, schlepping crosstown, and hemorrhaging money and a night of actual sleep for hangover-extending drinks and semi-forced conversation.

Undeniably, realizing this is liberating. But more importantly, it arguably represents the marker of true friendship – reciprocal acknowledgement in terms of realizing that while the other person is definitely pretty cool, neither is interested in holding each other hostage.

Of course, giving people free reign to be assholes to their friends is like giving the third grader who wears his shirt in the pool an entire box of munchkins. Abuse is all but guaranteed, and there’s a good chance that at some point or another, you’ll find yourself in the doghouse. As someone well versed in being a dickhead 50% of the time,* I’ve spent a lot of time checking in and out of the doghouse over the past few years. Here are some common situations, and pointers on how to right the ship:

*This is neither bragging nor self-deprecating. This is pretty much everyone. If you don’t think you this applies to you, you are clearly delusional and your dickhead percentage is therefore substantially higher

A. Not Texting Back

When It’s a Violation: If it occurs multiple times without the other party committing the same violation, if a response is deemed “crucial,” if that person is visiting, lost you at the bar, and has nowhere else to sleep

When It’s Not a Violation: If the topic at hand puts an undue burden on the friend (i.e, money or convenience-wise), if that person really needs to cool it with the text frequency, if the previous text required a clever response, and you were unable to come up with one and then forgot about the text

How to Right the Ship: Whatever the length of the last text was, triple it. Make sure you’re sincere, but do not go over the top. End with a joke that calls you out on your own shittiness, to alleviate the tension.

When It’s a Violation: A lot of variables here, so go by this rule of thumb – if the tension in the house feels like that quiet-ish part right before the drop on most EDM songs, it’s probably a violation.

When It’s Not a Violation: About 50% of the times you are told it’s a violation (a person is statistically likely to be wrong half the time), if you’re definitely right, or if they have a bunch of violations outstanding that you haven’t yet cashed in on.

How to Right the Ship: Take the somewhat moral high ground and tell them exactly what they want to hear. Then, end with a brutally passive-aggressive comment that lets them know that you are doing this not because they want you to, but because YOU want to. They get appeased, but you win.

When It’s a Violation: Bringing a friend into an unfamiliar situation, then not letting them get familiar. I.e, not introducing them to your friends, not steering the conversation away from solidified in-group jokes, leaving them unattended in a scenario where you are somewhat responsible, and know you haven’t given them enough ammo to fend for his or herself.

When It’s Not a Violation: If you’ve given a concerted effort to include–well more than even the group’s most “righteous” kid would deem necessary–and interaction still hasn’t progressed.

How to Right the Ship: Meeting friends of friends is oftentimes one of the biggest endurance tests of a platonic relationship. A good friendship should be able to at least survive, if not thrive in this road game scenario. Violating this though, is amongst the bigger fuck you’s out there.

The only way to really rectify this is to allow your homedawg to bring you into a similar situation, and accept the fact that he can treat you similarly if he so wishes. A good friend probably won’t stoop that low, but it’s the illusion of option that counts.

When It’s a Violation: When the SOI becomes too high to match the ROI of the friendship in question.

When It’s Not a Violation: During that six week period when you’re inevitably gonna ditch your boys half the time to hang out with your girl. This is also the same phase where you’ve convinced yourself that somehow, unlike every girl you’ve ever been with, this girl is not at all psycho. Hence, that six week deadline.

How to Right the Ship: The real key here is just to acknowledge the situation. A dude that is love drunk to the point where he has no idea he’s in the wrong is not only insufferable, but is an embarrassment – to himself mostly, but also to you, the person who’s supposed to talk sense into your boy. While I’m not sure how this works on the female side, I’d would have to assume similarities – especially if the significant other is one not approved by the friend group.

E. The Argument That Gets “Too Real”

When It’s a Violation: Oftentimes these things are the result of both parties laying all their shit on the line. A casual debate on politics might turn into a full-on war of calling each other out on their issues, the inevitable result of things bubbling on the surface for quite sometime. This will nearly always be half your fault – if it’s not, its not so much an argument as it is one person doing/saying something that was outright wrong.

When It’s Not a violation: Some might argue that the person who first says something “over the line” is in the wrong. Though it’s difficult to judge these things, and that catalyst is always necessary for the full, healthy release.

How to Right the Ship: Experience the passage of time. And even that doesn’t always do the trick. You may think you’ve gotten out, but the damage will probably always linger a little, like when you call in your apartment super to fix your broken door. Technically fixed, but there’s still that creak. Oddly though, you kinda need those creaks.