These Super Annoying Habits Caused People To Break Up With Someone, Any Sound Familiar? 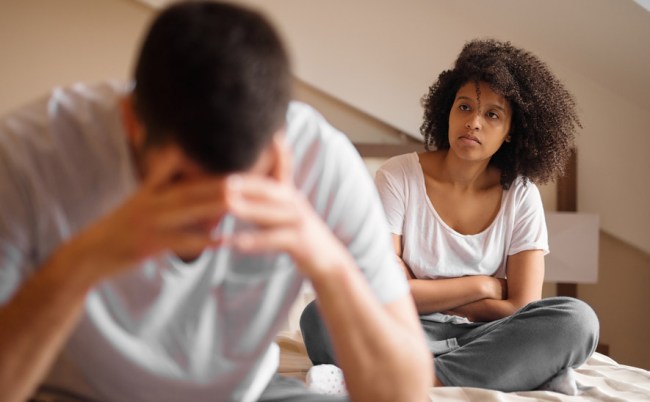 Might want to pay attention here as these annoying reasons people gave on Reddit for breaking up with someone could hit close to home if you aren’t careful. I’m telling you, I didn’t even know some of these were things that annoyed people. Others, however, yeah, I would have dumped someone in a heartbeat as well.

See if any of these supremely annoying reasons people pulled the plug and put an end to a relationship sound familiar. And if you do any them yourself, well, you miiiight want to stop. Just sayin’.

The first one here is a definite deal-breaker…

“Finish episodes of Netflix without me.” – BallinBrown23

And it doesn’t get much better from there…

“She had one volume when speaking. It made eating out at nice restaurants uncomfortable.” – JustXed

At 27 she was the pickiest eater I have ever met. She had a food palate of an 8 year old, diet consisted of chicken nuggets, french fries and pizza. – UTHESHOW

“Going through my phone when I wasn’t around because she always assumed I was cheating on her.” – Nigelrover

She’d constantly interrupt our phone conversations to baby talk with her cat. I like cats, but damn. – Captain_Vegetable

Saying definitively instead of definitely. – Capn_Haz

Partly because he would always talk in analogies when we had disagreements. And they were bad analogies. Or he’d try an prove something with an analogy as evidence.

I’m a really evidence/process-oriented thinker. The analogies were annoying and useless in solving the issue to me. We’d talk for hours and hours and get no where, because I’d want to talk about reality and he wanted to talk analogies. – Solsed

Had one that would just say “That’s nice” to pretty much everything, no matter how exciting.

I’m back from work! That’s nice.

And a puppy? That’s nice

And I won the Lottery. That’s nice.

Really that’s a tiny thing but some days it just got on my nerves so much. – MrGordley

“She kept comparing me to her exes, one who was my college roommate at the time.” – Closer-To-The-Sun

“My ex would repeat things I laughed at over and over again like a child to get a reaction. Sooo annoying” – Sw3gLurd

Okay. This was recent. I was seeing this girl and, in flirting, she mentioned that she had a tendency to sprain her ankles. I thought it was funny at the time and passed it off as nothing. On our first date she tells me that she tripped getting ready because she was so nervous. I thought it was cute and had a really great time. Second date she tells me that she’s been limping and in pain, can’t stand for long periods of time, I feel bad for her and we just hang out. Third date she tells me she tore her meniscus in her knee when she fell and I will have to come to Brooklyn for all subsequent dates because she can’t travel. Eventually things fell apart because of distance and I felt like she was going to break both her legs any time she stood up. – i_hate_jose

“Him almost every time he called me: “Do you miss me?” Me: “This is the third time you’ve called me today and you stayed the night at my house last night. So… no.”” – mrpoopiepants

“He was kinda quirky but whatever we all are right? Took me awhile to notice that he brought up my sister in our conversations a lot & realized the dude was full stop in love with her. That was one habit I couldn’t support.” – –fernwehrn–

“He wouldn’t let old stuff go. Every mistake I’d ever made was held over me. Just can’t bear weight like that. It’s demoralizing.” – ughfup

“He tickled me all the damn time. I HATE being tickled. When I finally told him that I hated it, he got mad because I was mad at him. Eventually he said he would stop, and I thought I had nothing to worry about. Afterwards, he would still tickle me and try to cover it up with something like ‘I’m just feeling you’ or ‘I’m just holding you.’ No! You are twiddling your fingers lightly against my skin!” – linniebaby

“Baby talk. Constantly speaking to me as if I was an infant… even in public. God that was annoying. I’m no grammar nazi but instead of saying , “I’m,” he would say “am.” For example. “Am tired giggly goo. Am going to work sweet treat lady loo. Awww am missing my beetle beauty baby.” Kill me.” – Festeringtrolley

Yeah, I would have pulled the ripcord on that relationship pretty quickly too.

“She had this weird fetish. Where she would dress like herself, and be a bitch all the time.” – BLARGITSMYOMNOMNOM

Check out even more reasons people gave for dumping someone over at Reddit.