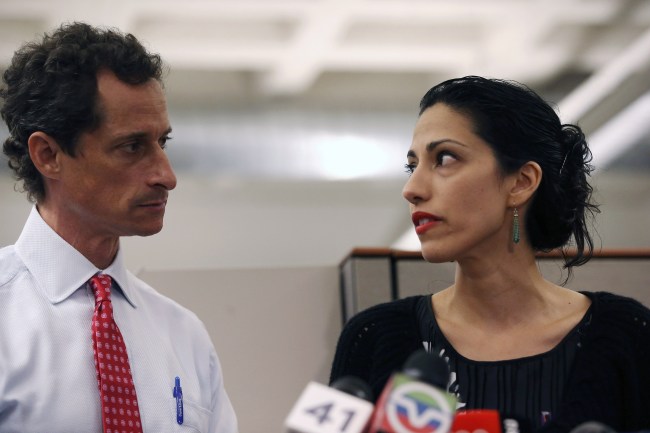 Former Rep. Anthony Weiner (D-N.Y.) pleads guilty on Friday in a federal court to sexting with a 15-year-old girl. The disgraced former Democratic lawmaker appeared in a federal courtroom in Manhattan to face a single charge of transmitting obscene material to a minor. He was released on bail pending sentencing.

Weiner, who is the husband to top Hillary Clinton aide Huma Abedin, surrendered to FBI agents Friday morning. He was busted in September for sending lewd messages and photos to a 15-year-old girl in North Carolina. The former congressman had his laptop seized by the FBI because of an investigation into emails Democratic presidential candidate Hillary Clinton sent to Abedin.

Weiner and Abedin were married in 2010, but Huma announced her separation from Anthony in August 2016. Weiner had several sexual scandals that took place during his marriage to Abedin. Weiner inadvertantly posted an explicit photo of him on his Twitter account. At the time, Abedin was pregnant their son, who was born in December 2011. By June 2011 Weiner resigned from Congress because of the scandal. Weiner ran for mayor of New York City in 2013, but it was derailed after yet another sexting scandal. Weiner’s secret pen name for his sexual exploits was the unforgettable name of “Carlos Danger.”

Weiner could face up to 10 years in prison if convicted and he may have to register as a sex offender. However, Weiner may not face any jail time based on the judge’s discression.