Arnold Schwarzenegger Revealed His ‘Apprentice’ Firing Catchphrase And It Is Cringey, Predictable And Glorious 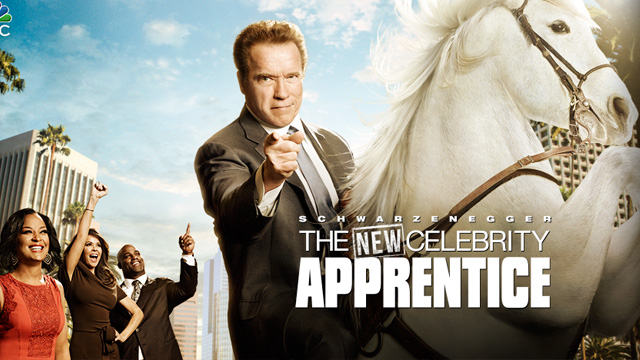 Via The New Celebrity Apprentice

Donald Trump, a former reality TV star turned future President of the United States, left the hit television show The New Celebrity Apprentice to pursue a career in politics. That opened the door for Arnold Schwarzenegger, a former governor turned reality TV star, the opportunity to host the show. Many wondered if and what Schwarzenegger would say when he sacked a competitor on the show since Trump made the words “You’re fired” into a signature catchphrase. On Monday night, the world discovered what Arnold’s catchphrase was and emotions ranged from “What the fuck?! That’s your catchphrase?! Really?!?!” to “OMG! I love it!!!”

Would Arnie continue the “You’re fired” tradition as Trump did? After all, Schwarzenegger did say utter the now infamous words in True Lies.

A few weeks ago, Jimmy Fallon attempted to guess Arnold’s new catchphrase and he was pretty close.

A year ago, Conan O’Brien attempted to guess the catchphrase and did a brilliant job of prognosticating.

The New Celebrity Apprentice catchphrase is….

“You’re terminated. Now get to the chopper.”

Because of course it is. What else could it have been?

The catchphrase is of course from Schwarzenegger’s movies, The Terminator and Predator.

There’s even a “terminated” graphic.

“We narrowed it down to, like, eight of my sayings from the movies and one other option, but even I don’t know yet,” Schwarzenegger had previously told The Hollywood Reporter.

I still wish this was his catchphrase.