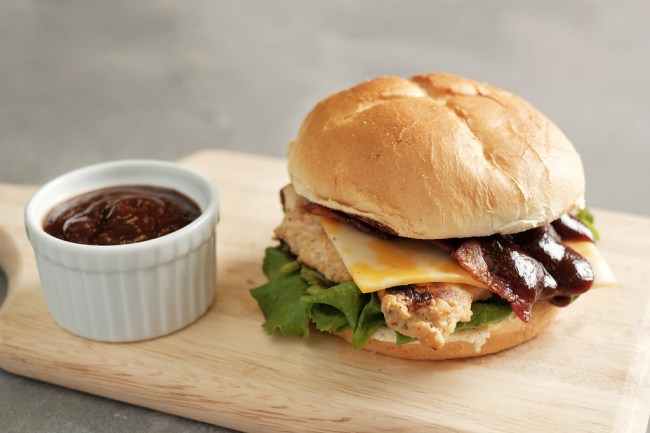 Chick-fil-A is heaven on earth. The menu at the chain is pretty steadfast at this point in life, though the powers that be are gifting us with a new summer sandwich at the chain that looks like a gift from the munchie heavens. It’s bacon BBQ chicken sandwich that’s smothered in a tangy sauce, along with a nice slice of colby jack season.

I’ve never wanted something more in my life than I want that sandwich right now. via Business Insider:

“This is the first time we have tried what were are calling a seasonal approach to an entree,” David Farmer, Chick-fil-A’s vice president of menu strategy and development, told Business Insider. “We wanted to do something different for the summer.”

Chick-fil-A developed the sandwich more than two years ago with Atlanta restaurateur and a James Beard Award-nominated chef Ford Fry.

Farmer says the key ingredient in the sandwich is the “lose-your-mind” bacon that’s seasoned with brown sugar and black pepper in restaurants and then roasted in an oven.

“Lose-your-mind” bacon is the best kind of bacon I’ve ever heard of in my life. All bacon *kinda* already makes me lose my mind, so this better be next-level.