Some Company Introduced The ‘First Beer For Women’ And It Went Very, Very Badly For Them 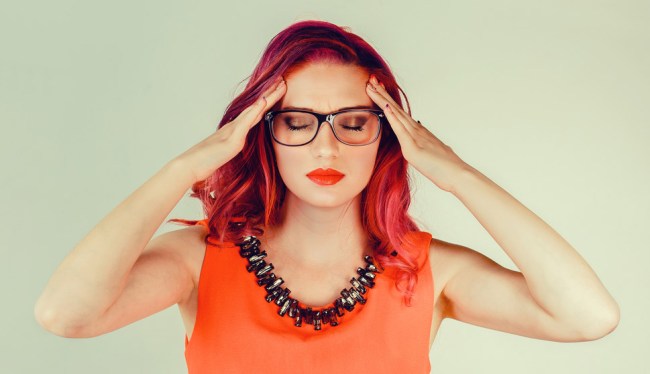 For some reason, a Czech brewery named Aurosa thought that releasing what it calls the very first “beer for her” was a solid idea. Marina Smirova, the creator and founder of Aurosa, even went so far as to call their beer a “representation of a woman’s strength and a girl’s tenderness.” Huh?

The company even released a slew of images on social media to, umm, show…what they mean? I think?

Women: They can read AND drink beer!

It isn’t beer for women unless it also makes for a nice table arrangement.

Finally, something women can drink at their weddings!

The company’s web site also says “Aurosa was born to prove that women can succeed anywhere without having to adapt and sacrifice their natural femininity.” I still don’t get it. Nor do many, many others…

How can my weak womanly hands possibly cope with holding the weight of a pint glass? @MelissaCole #beerforher https://t.co/M8Ta0l7JYp

Is ANY of this for me? I'm so confused. #beerforher pic.twitter.com/f6bxUE8pwP

Head….desk 🙈 This is not ok. Best reevaluate my beer stash incase it's unsuitable 😂😱🙄😂 #beerforher https://t.co/djCKK3Txt6

Honestly, the only #BeerForHer I'd be interested in is one where women don't get blamed for what happens to them once they've drunk it

FUCK THIS SHIT! It's name its every fucking thing – utter rage

We have over 500 beers for him and her..
No sexism required to enjoy any of them #beerforher pic.twitter.com/VHSOxOAtcG

“Beer, wine or any alcohol has no gender. However, the beer industry is largely dominated by men. Brewers, men and generally, the society, have operated under the misconception that women do not like beer or that it is a man’s drink. The tasteless and sexist marketing that brewing companies use illustrates that point clearly.

“Aurosa was never intended to take part in sexism, feminism or the like. It was never intended to dictate what women should or shouldn’t drink. We are simply a brand that wants to offer beer in an elegant and beautiful bottle, something that has not been done before, for those women who want it and who’s [sic] lifestyle we fit.”

"Beer has no gender" says the company that refers to their ludicrous product with female pronouns. #beerforher https://t.co/OUqpPD5E6g