Man Tries To Escape Arrest Warrant With ‘Get Out Of Jail Free’ Card, Gets ‘A For Effort’ From Cops 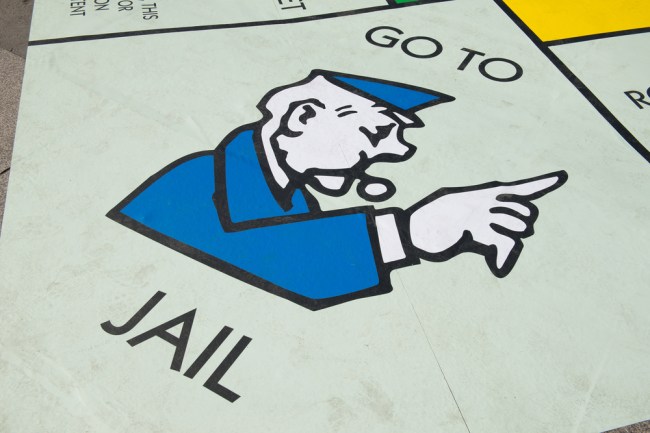 A Minnesota man who probably spends every waking hour coming up with shitty ‘dad jokes’ attempted to evade an outstanding arrest warrant by presenting police with a ‘get out of jail free’ card from the board game Monopoly.

After running the car’s plates and discovering it was owned by a man who had an outstanding warrant for possession of a controlled substance they pulled the car over. Upon pulling the car over, the Minneosta man preented the Dakota County Sheriff’s Office with his hail mary. The police thought it was funny and gave him an ‘A’ for effort, and by that I mean they arrested his ass and then made jokes about it on Facebook. 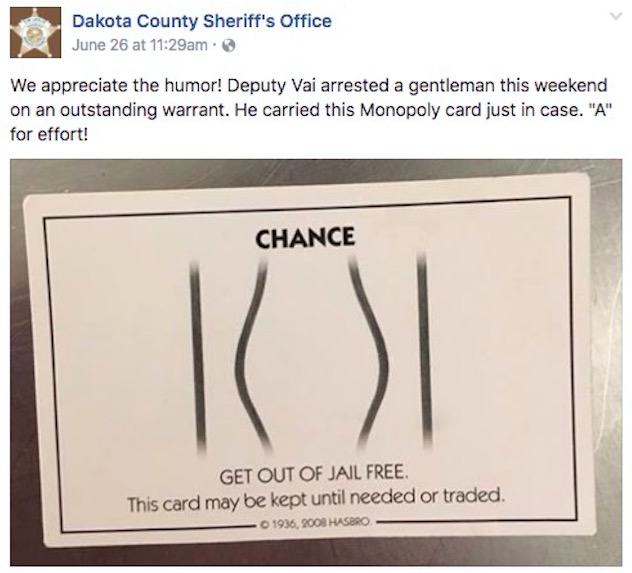 The police saw no reason to accept his ‘Get Out Of Jail Free’ Monopoly card before or after arresting him. In fact, they didn’t see any reason to take the card at all according to their Facebook comment: 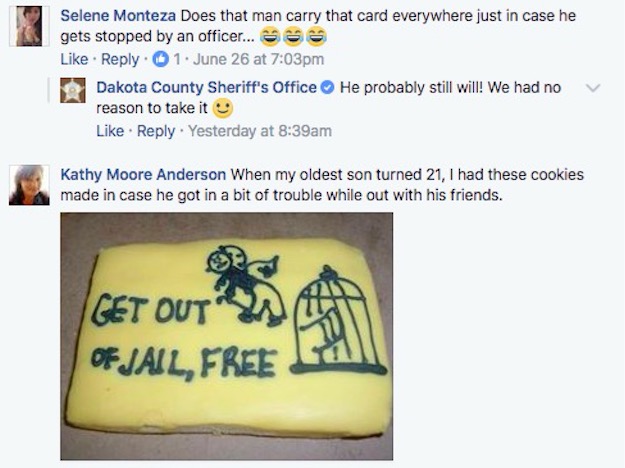 It’s been years since I’ve last played Monopoly, so I’ll use this description of the actual purpose of the card from the NYPost:

The “Get Out of Jail Free” Monopoly card states: “This card may be kept until needed or sold. When not having this card you must wait three turns (unless doubles are rolled on any of those turns) then, after the third roll, you get out of jail AND must pay a fine of $50.”

It hurts my soul to know that this guy was trying to pull off the ultimate ‘dad joke’….’It’s so fuckign stupid that it just might work’, you know that’s exactly what he was thinking carrying around this card for his entire life. And the next time this guy gets arrested you know he’ll hand it to the cop and be all ‘hey, it didn’t work last time but you never know, ahahahaahha’. Fuck this guy.