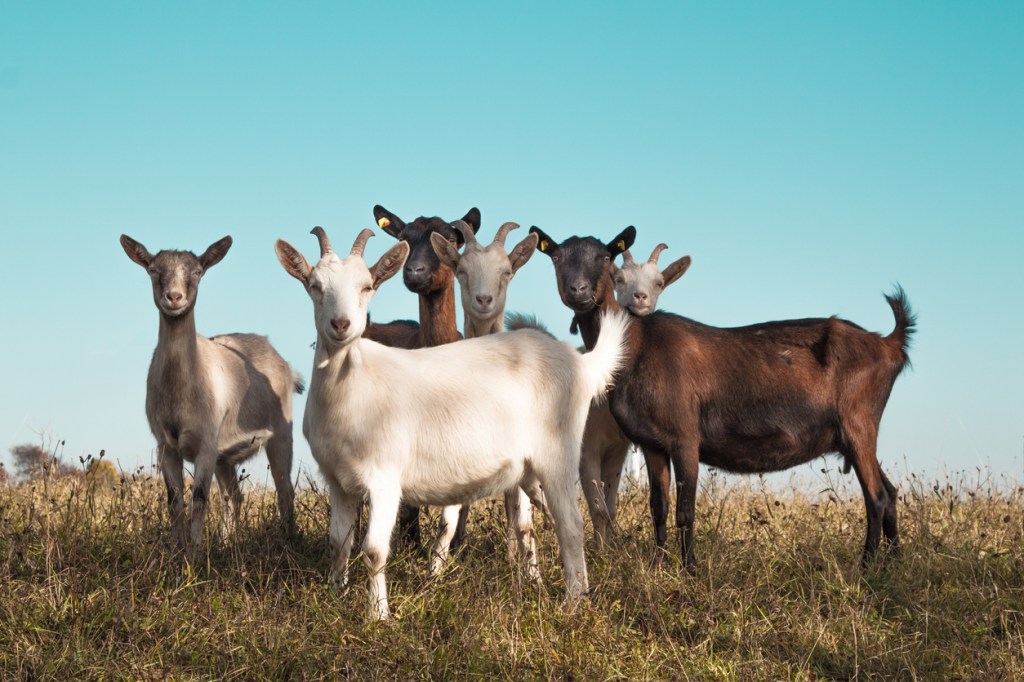 This goat from India has freaked people the funk out. Instead of being born with two eyeballs like a normal, healthy goat, this cyclops has one enormous eyeball.

This is pretty gall darn unsettling because we as a human race are accustomed to seeing one thing, and this distorts our view of the world.

Our brains don’t like being wrong. This is why it’s so hard to catch typos when proofreading, your brain wants to see things as correct and isn’t built to always scan for change and things that are out of order. But then there’s this goat…It’s so obviously foreign to what we’re primed to expect when seeing a goat that this creature looks cartoonish.

This goat looks like something you’d expect to see as CGI in a children’s movie, not a real-life creature. So, understandably, a lot of people are having trouble believing that it is real.

According to Gizmodo, the goat’s owner told Caters TV that he believes his cyclops goat will bestow good luck upon his household. Furthermore, the goat has scientists stumped:

“According to National Geographic, local vets are still confused as to what could have caused the goat’s rare condition. Cyclopia occurs when the orbital sockets form incorrectly in the mother’s womb due to one of several developmental abnormalities or traumas, and is often associated with other deformities—in this case, the goat appears to have just one functioning ear as well. In humans, babies born with the condition usually die shortly after they’re born. (Via)

People are coming from all over the world to see this special goat, and rightfully so. This rare and unique cyclops goat is truly a sight to behold.

While seeing a cyclops might seem insanely rare in the wild (it is) it’s not as uncommon in nature as you might think. About 1 in 16,000 animals are born with cyclopia but it’s much more common in miscarried fetuses (1 in 200). The primary reason we don’t run into this feature in nature very often is an animal born as a cyclops is less likely to reach adulthood.

This article was previously published on May 22, 2017