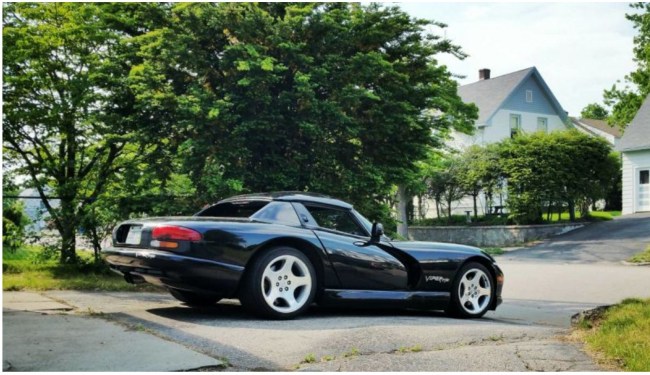 The dude below is incapable of taming the raw, awesome power of the Dodge Viper and they must part ways with their beloved vehicle. For other reasons you’ll learn in just a moment, this person’s selling their Dodge Viper on Craigslist and their listing has since gone viral on Imgur. 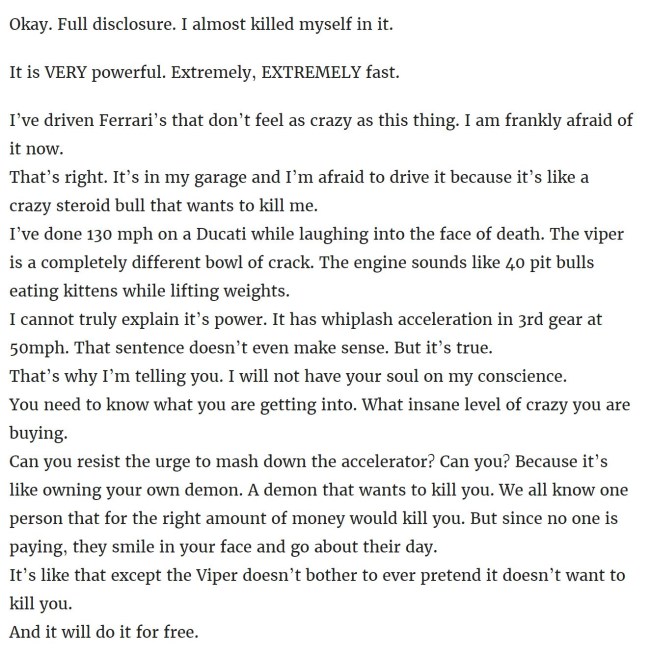 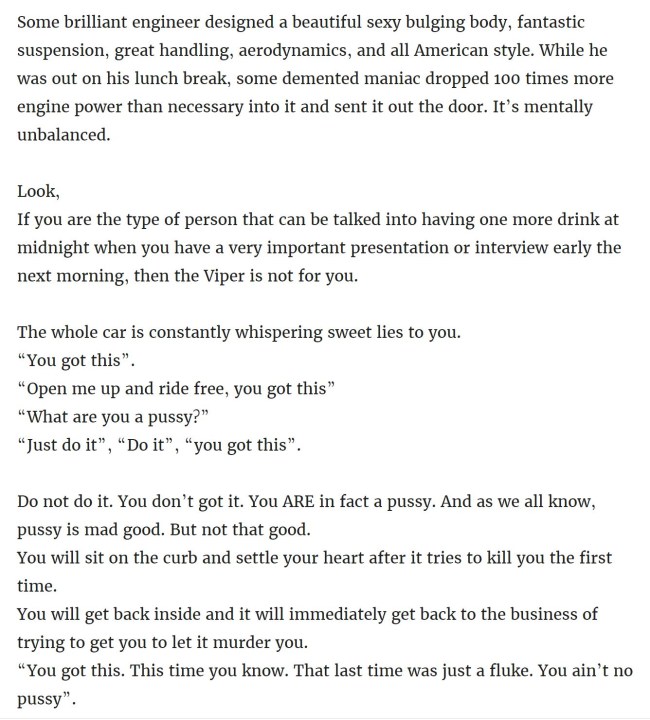 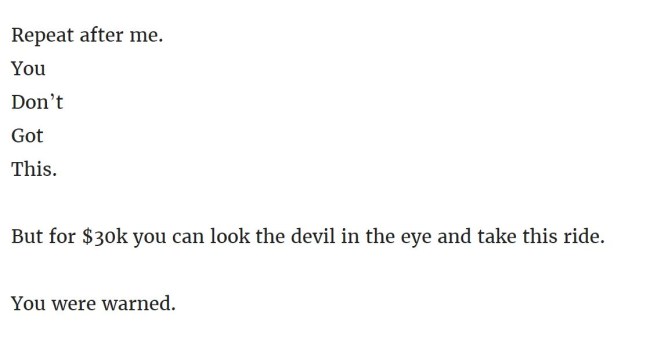 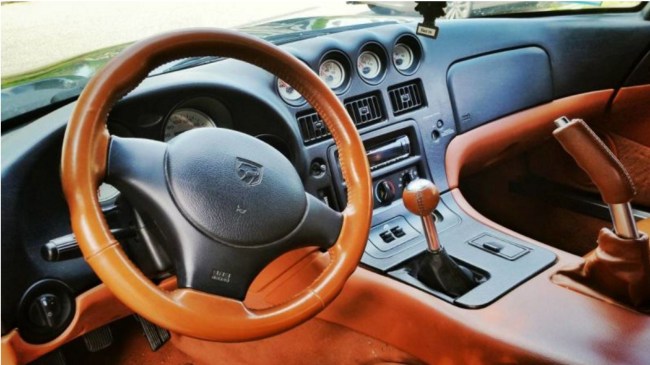 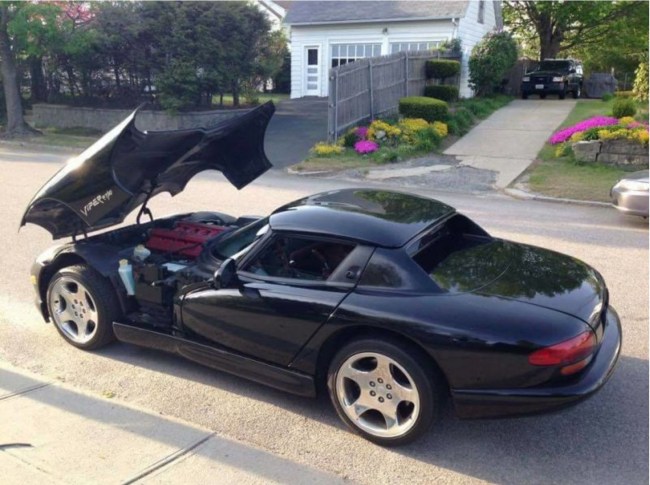 I don’t have an extra $30,000 sitting around at the moment to spend on a Dodge Viper to cruise around on the weekend or I’d hop on this immediately. What’s semi-infuriating, though, is nowhere in the Imgur post do they link this listing on Craigslist. I’d happily link that shit here on BroBible so one of you bros could purchase this glorious piece of American machinery. If any of you bros can track it down, by all means, toss it in the comments down below!