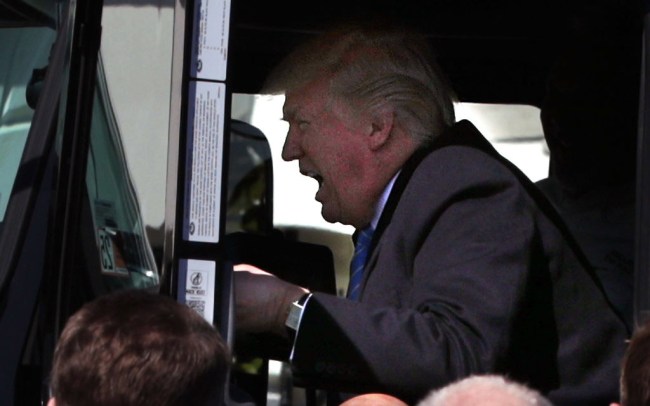 Let Thursday afternoon we shared some photos of our 45th President Donald Trump sitting behind the wheel, and in some case pretending to drive, an 18-wheeler.

Because of the AMAZING pictures that resulted from this photo op and The Donald looking like a kid who just got a new bike, naturally, the internet meme’d the living hell out of it.

I mean, I’m sorry, no matter your political leanings there is NO WAY you can look at photos of any President, Trump, Obama, Bush, anyone, making these faces and not find these funny. 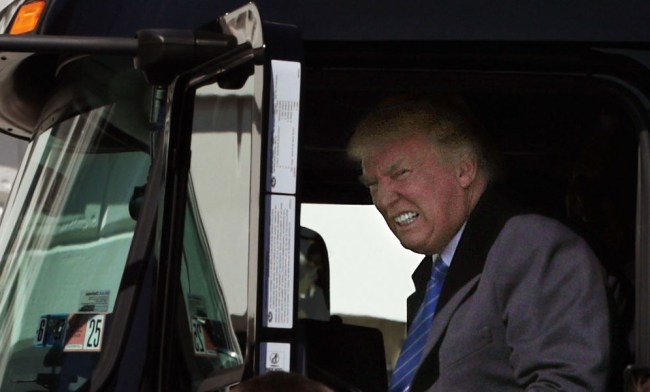 when you think about how much you <3 trucks pic.twitter.com/MfkdeNV0gL

when you thought you wouldn't have to stop until the next rest area pic.twitter.com/LmnxywtLSa

He just got the news Furiosa isn't going to Gas Town. pic.twitter.com/MG9tsbMLQ8

Donald Trump crashing America into the depths of hell pic.twitter.com/jxAoTLKB4d

Don't let it be forgot that for one brief shining moment…there was a Camelot. pic.twitter.com/0ftomAppMd

ok what punk band wants to claim this as an album cover? pic.twitter.com/NNAW2lqeJM

"I am Matt Max"
"that's not the characters name"
"I am Speed"
"the guy in speed is not called speed…fucking hell you are just awful" pic.twitter.com/q66A52rZSY

When you got a new Power Wheels truck for your birthday but you're still mad that the black kid had more friends at his party than you. pic.twitter.com/MTptLGSKYe

This photo has me cracking up. Pretty much sums up Trump's mental competency. pic.twitter.com/CESuOixMZn

"Well it looks like ol' Boss Trump learned them Duke boys are slicker than a sow's underside. But that's how it goes here in Hazzard county" pic.twitter.com/Jz2J7ny1cU

We have an emergency! #Trump #Truck @POTUS @realDonaldTrump pic.twitter.com/DHqUjzsRFp

OK, internet: You get ONE DAY for these Trump truck photos. And then that's IT! I'm serious.