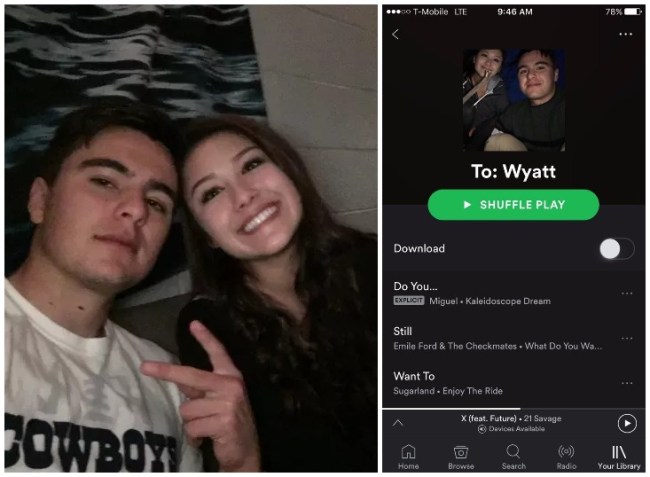 There are all sorts of brutal ways to break-up with someone in the digital era. If you’re a true coward, you can pay someone to cut it off. There’s also very public ways of grieving on Snapchat and the old live-Tweet break-up. But none are more brutal than the one 19-year-old Kirsten Titus delivered to 20-year-old Wyatt Hall, both BYU students.

According to Buzzfeed, the college couple “went on a lot of creative dates,” including planting “a cactus on a mountain.” Titus said she wanted to stop dating Hall and just be friends, so last week she delivered the news in a not-so-subtle Spotify playlist: 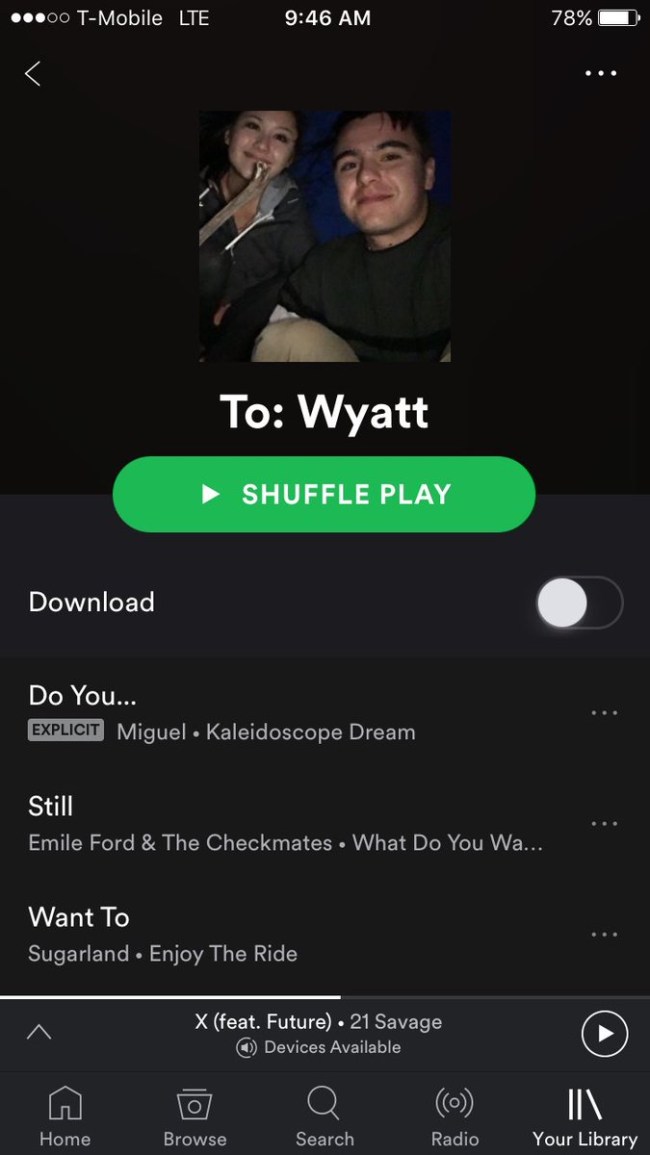 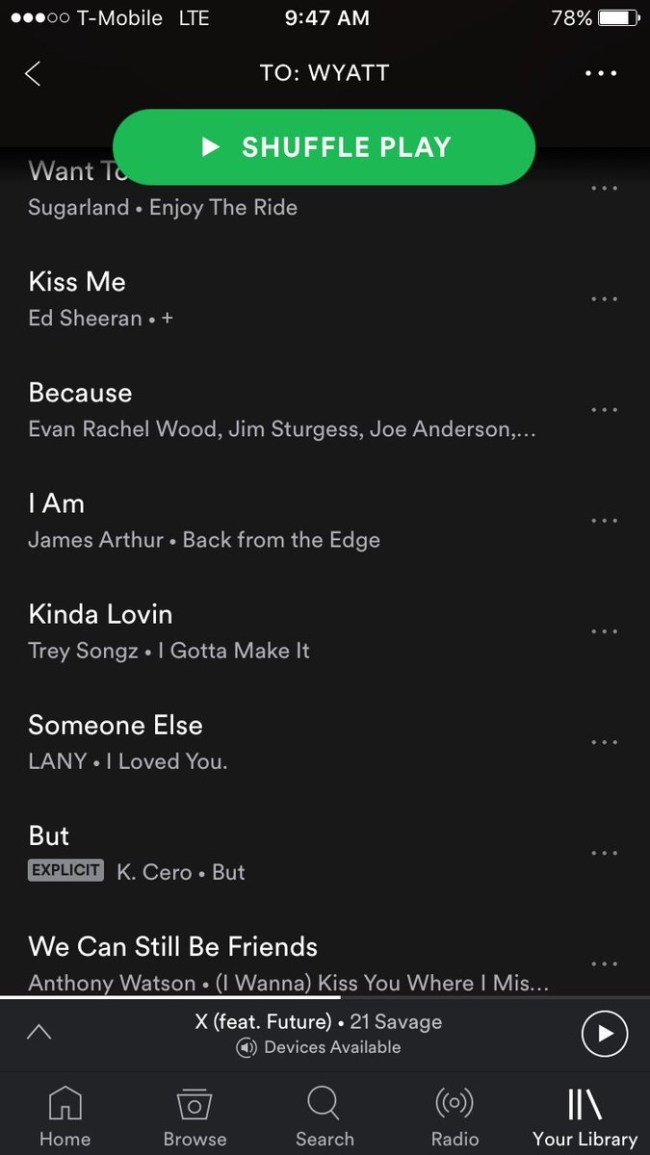 It quickly went viral after her sister tweeted it:

So my sister has gone on a couple of dates with a guy named Wyatt but she likes someone else so she made him a Spotify playlist and… pic.twitter.com/kJmgrUBwqb

Best of all, the Internet chirped in to console the guy on such a brutal way for a girl to cut things off:

This is the most heartbreaking / smartest thing I have ever seen. New age breakups, get on it peeps https://t.co/XhBhCRVcFo

Now that Wyatt is Twitter famous, something tells me he’ll be alright with the ladies in the long run: