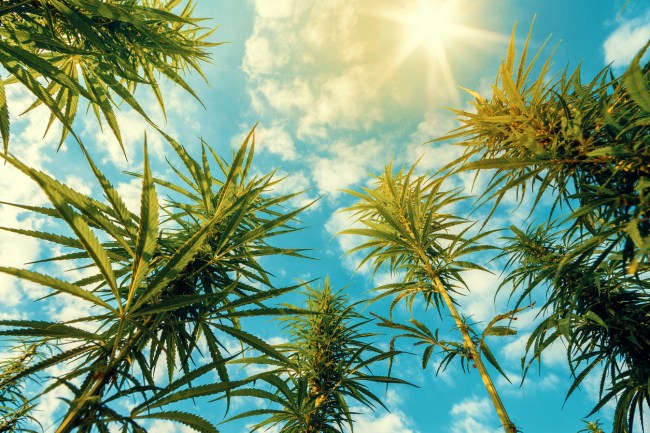 Michael Straumietis has a lot of nicknames. In cannabis industry circles he goes by Big Mike. On Instagram, where he puts his jet-setting marijuana lifestyle on display to over 500k followers, he goes by Marijuana Don.

Unless you frequent the pages of High Times researching cannabis growing methods, you probably aren’t familiar with him or his product. But in his own words, “if you grow or consume marijuana, you’ve benefited from something Big Mike has done”

As a tried and true ganja-preneur, Big Mike — founder and CEO of Advanced Nutrients — has managed to build a business empire around cannabis cultivation. “We manufacture marijuana fertilizer. Advanced Nutrients is the number one marijuana fertilizer brand in the world,” he tells me on the phone a day after flying home to Los Angeles after a vacation in Bulgaria. “We’re doing $65 million annually now, by the end of the year we should be in the $70s. Our company is growing extremely fast, our product can be found in over 90 countries around the world. It’s crazy because I started off illegally growing things and being the cool kid on the block.”

In the world of increasingly legalized pot use, Advanced Nutrients is selling shovels in a gold rush.

“Well, I just want to say that it is an agricultural business. You’re growing a crop…”

“I started growing marijuana at the age of 23,” he tells me. “Advanced Nutrients started because I was growing weed. I started a lawn care company when I was 19. It was one of those deals where you put the fertilizer on people’s lawns to turn it nice and green and kill off all the weeds. We were using pesticides and fungicides. I started fixing my own chemicals from scratch into those big thousand gallon trucks that we have and then going and spreading it on people’s lawns.”

“I’d been growing weed with the fertilizer. So one day I turned to my friend and say, ‘We can make this stuff. I know how to do it.'”