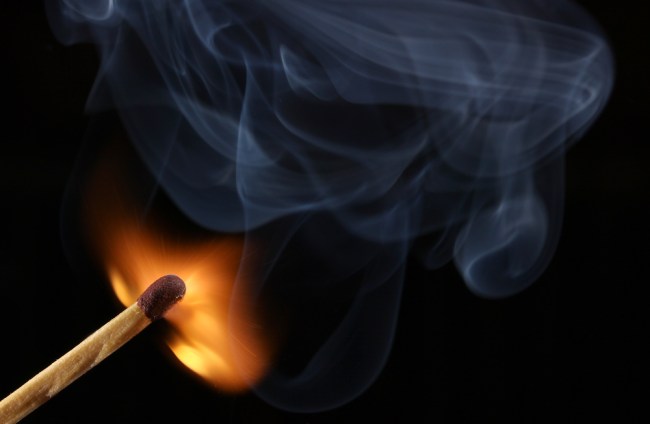 There is no denying that Facebook Live has some extremely valuable and practical applications. The ability to live stream video anywhere anytime has changed the way the world operates and communicates. BuzzFeed can flip on FB Live anytime and get a hundred thousand people to watch some recent college grad eat cats or dunk on homeless people, or whatever it is they do over there. Conversely, Facebook Live can have some pretty nefarious applications.

Over the weekend, a local Memphis musician named Jared McLemore streamed himself on Facebook Live as he poured kerosene all over his body, set himself on fire, and charged into a crowded bar. According to NBC News, the video showed McLemore on fire from head to toe as he ran off screen and into Murphy’s Bar. One of the patrons in the bar was treated for burns at the hospital, but the man who set himself on fire has died.

Allegedly, he ran into Murphy’s Bar after setting himself on fire because his ex-girlfriend was an employee of the bar. NBC News reports that the deceased man was convicted of domestic assault charges last month (against his ex), and had been threatened to probation. According to parties involved, the deceased believed that suicide was going to be the ‘ultimate revenge’ on his ex.

It has only been two weeks since Facebook CEO Mark Zuckerberg announced that he’d be hiring an additional 3,000 employees to handle situations exactly like this. Zuck made the announcement after a string of bad press for Facebook which included multiple murders streamed live, one of which was a child murdered in Thailand.