Female Zookeeper Killed By Tiger At Zoo In ‘Freak Accident’ 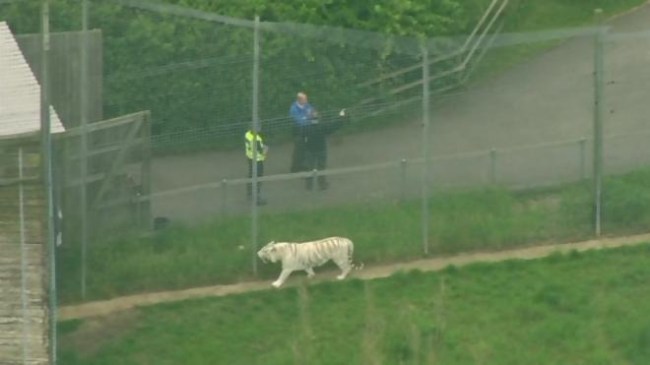 On Sunday morning, a female zookeeper at Hamerton Zoo Park in England was killed by a tiger.

A female zoo keeper has been killed at Hamerton Zoo in a 'tiger incident' pic.twitter.com/UUijJfNDvF

The Cambridgeshire Police have confirmed the death of the unidentified person.

Update Hamerton Zoo Park: A keeper sadly died when a tiger entered the enclosure with her. At no point did the tiger escape from enclosure.

The death is being called a “freak accident” after a tiger followed the zookeeper and entered an enclosure at a wildlife park.

The zoo was evacuated immediately following the attack and the park was closed for the remainder of the day. The tiger did not escape the enclosure and no zoo visitors were hurt.

“At no point during the incident did any animals escape their enclosures and at no point was public safety affected in any way,” the Hamerton Zoo said in a statement. “All our thoughts and sympathies are with our colleagues, friends, and families at this dreadful time.

“The park will be closed from tomorrow 30th May, and we will give more information as soon as we can.”

The zoo said that an investigation is under way.