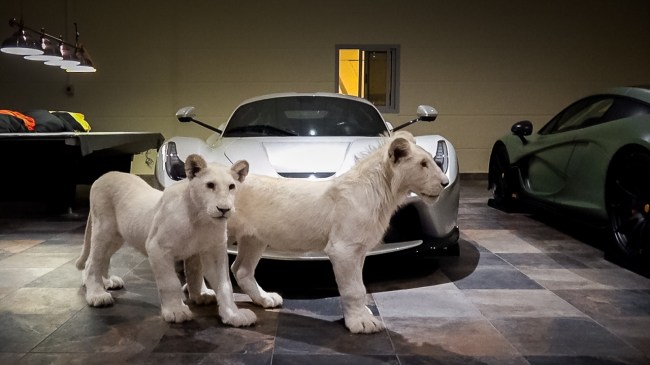 I don’t have a garage. But if I did, you could do much worse than this gentleman’s garage. The man, who is said to be from Qatar, has several fine automobiles in his garage including what appears to be a LaFerrari and a McLaren P1. Both supercars extraordinarily rare and extraordinarily expensive. But his garage has something even more rare – white lion cubs. There is said to be 300 white lions in the world.