Girl Gets Stuck In Bathtub After Applying Too Much Coconut Oil, Asks The Internet For Help 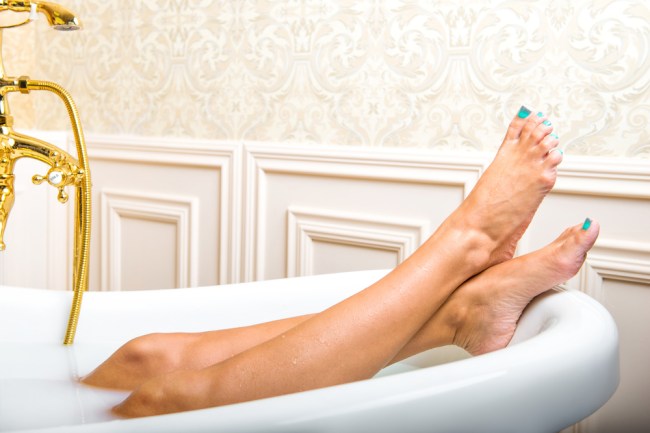 Getting stuck in the bathtub isn’t a concern I ever have, primarily because like most normal people I only take showers. Baths, as we all know, are for people with way too much time on their hands. Ain’t nobody got time for that.

Anyways, the woman we’re focusing on here somehow managed to get herself stuck inside of a bathtub because she’d applied too much coconut oil to her body before submerging. The coconut oil greased up the sides of the tub, making it insanely slippery, and the end result was this chick kept slipping and sliding and wasn’t able to get out of the bath.

She was, however, able to post a picture of her predicament to Imgur, the caption reads “ I’ve go a chest infection and some fever so I’m home sick. I also can’t turn my head. Took some antibiotics and a Valium and thought- i will have a relaxing bath. I found some bath salts. Lit some candles and poured in some coconut oil- now I am realising it was too much coconut oil. Went to get out after pulling the plug and I just slide around like a giant greased up potato in a roasting dish. There is no traction. No grip. Just me and my fat body slipping around covered in oil. Fuck home beauty remedies. SOS”

I am currently stuck in a bath

As you can imagine, a shit ton of people left really helpful replies on her post asking for help: 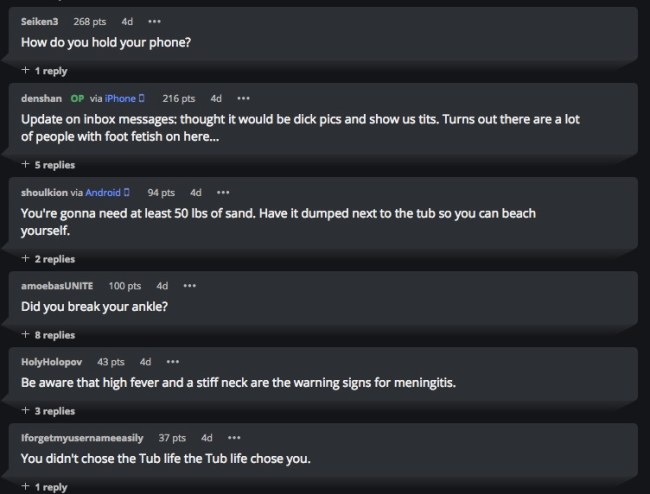 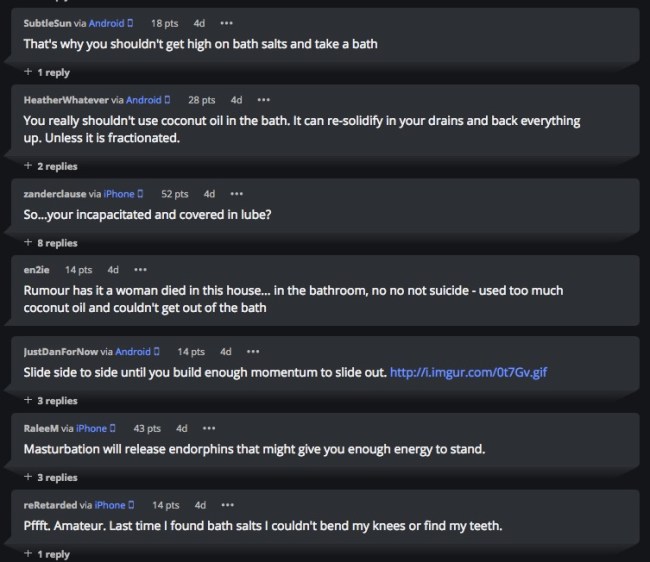 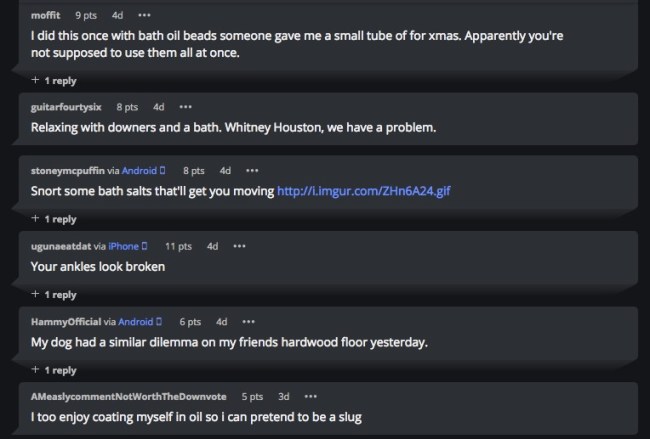 Ultimately, this chick made it out of the bathtub by using her feet to turn on the water faucets again and then waiting until the water had filled up. So, if you ever find yourself stuck in a bathtub then remember that’s how you get out.