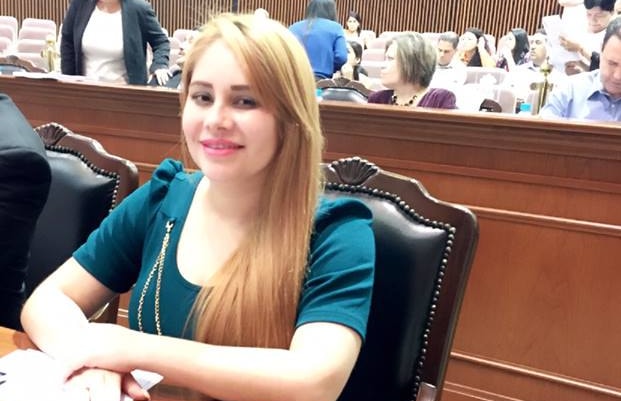 If you’re the girlfriend of infamous drug kingpin Joaquin “El Chapo” Guzman it’s probably best to steer clear of entering the United States. Especially if you are alleged to have been with the drug lord when he made his unbelievable escape from police in 2014. If your boyfriend was expedited to the U.S. and faces a crazy amount of charges, it’s probably best to take a trip to Turks and Caicos instead of the Untied States. Lucero Guadalupe Sanchez Lopez didn’t think that being associated with the mastermind of the world’s biggest cartel would be a big deal if she just crossed the border from Mexico into the United States. That was a big mistake.

Lopez, who is a former Mexican politician, was the alleged girlfriend of El Chapo. She was arrested around 9:30 a.m. on Wednesday at the Otay Mesa Cross Border Xpress — a bridge that connects Tijuana’s A.L. Rodriguez International Airport to San Diego. U.S. Customs and Border Protection checked her name and discovered her visa had been canceled by the State Department. She was charged with conspiracy to distribute cocaine after attempting to enter the country.

The charges stem from wiretaps from 2013 and 2014 that reportedly finger Sanchez communicating with cartel operatives about laundering drug money and coordinating delivery of drug money proceeds. The wiretaps also catch her admitting that she is Guzman’s girlfriend, a claim that she has since denied. Authorities believe Sanchez was with Guzman when he miraculously escaped Mexican police after they raided the house they were at. The couple allegedly fled through a tunnel that was hidden under a bathtub that led to the city’s sewer tunnels.

Sanchez, who is a former legislator in the state of Sinaloa, is said to have been under investigation for several years for her involvement in El Chapo’s cartel. On Thursday, her lawyer said that Sanchez was coming to the U.S. to seek asylum after receiving death threats in Mexico. “Neither she nor we had any idea that she was under investigation,” in the U.S., said lawyer Francisco Verdugo. “If she had, she wouldn’t have gone there.” Because she was seen as a flight risk, Sanchez was ordered to be held without bail.

In January, El Chapo was expedited to the U.S. to face a litany charges in Arizona, California, Texas, Illinois, New York, Florida, and New Hampshire.