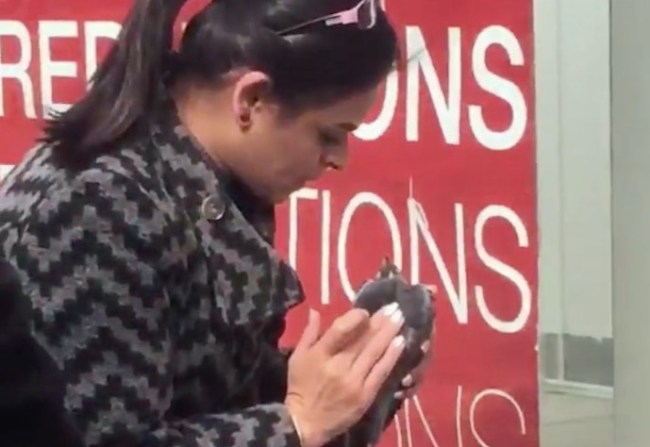 At the risk of besmirching the deadly departed, I’ll wait a moment or two before sharing my true feelings on pigeons and how fucking vile they are. In this short clip, there’s a girl in Glasgow, Scotland trying to revive the life of a pigeon. She’s doing so by placing lips all over a dead bird, not realizing that no amount of oxygen forced into the lungs of that pigeon will ever fix a broken neck:

The best part of this clip is that neck rolling over at the end. This chick’s trying in vain to revive the lifeless pigeon that’s never coming back. She probably picked up a host of diseases by laying lips on that nasty ass bird.

There are an estimated 400 million pigeons in the world, with almost all of them concentrated in cities. I respect her devotion to saving animals, but if you’re going to save something why does it have to be the nastiest fucking creatures on the planet? Why?