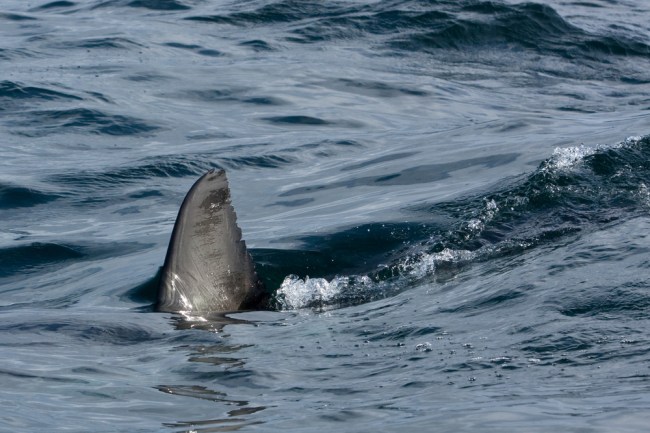 George Burgess directs the shark research program at the University of Florida, he edits the International Shark Attack File, and he’s just issued a dire warning on shark attacks in the Northeast.

From looking at our analytics over the years I know that millions of our readers live on the Eastern Seaboard, with a ton of you living from Charleston, S.C. on up to Boston, Massachusetts, all areas with thriving Great White Shark populations. If you plan on vacationing in Cape Cod this Summer (and surrounding regions), or know someone who is, then this news is for you.

This past Sunday, the aforementioned shark researcher that runs UF’s program was interviewed by the Cape Cod Times and he gave a doomsday warning on shark attacks:

He predicts that, within the next five years, he’ll get a call from Cape Cod.
“It’s the combination of a large predator, and the things they eat, both gaining in population size and both coming back to lay claim to areas that historically were theirs 150 years ago,” said Burgess. “The inevitable conflict is that we have laid claim to those beaches for our recreation and sport.”
Scientists agree it’s not a matter of if -but when – there will be a fatal attack on Cape Cod.

Since 1837, there have only been THREE unprovoked shark attacks in the state of Massachusetts. But, warming seas and a shift in both breeding grounds and seal migration has caused the great white shark population of Cape Cod to explode in recent years. With all of these factors in mind, scientists believe that all signs point to there being a deadly shark attack within the next five years in the waters of Massachusetts.

Should this stop you from swimming/surfing in the waters off Massachusetts? Hell no. The sharks have always been there, they’re just moving back in numbers that researchers haven’t seen in decades (centuries?). The chances of you being the victim of a deadly shark attack are more slim than being struck by lightning, or winning the Powerball, or dying from a falling coconut. It’s NOT going to happen.