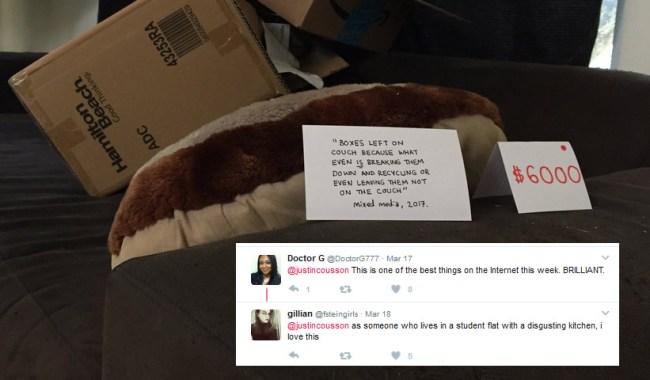 If you have ever had a super messy roommate you know the frustration that comes with it. You are never sure how exactly to deal with it. Do you be straight up and tell them to clean their mess up? Do you clean up his mess yourself? Do you just say screw it and move?

Well, this guy, a comedian named Justin Cousson from Los Angeles, came up with an A+ response to his messy roommate situation and he did it in one of the most creative passive-aggressive ways possible.

After a photographer friend of his held an exhibition he decided that his roommate’s mess was also perfect for an art exhibition.

Posting the photos on his Twitter account, Cousson said, “My passive aggressive art gallery is thriving, although some critics don’t care for my emphasis on found pieces.”

My passive-aggressive art gallery is thriving, although some critics don't care for my emphasis on found pieces. pic.twitter.com/qp9hJ651tW 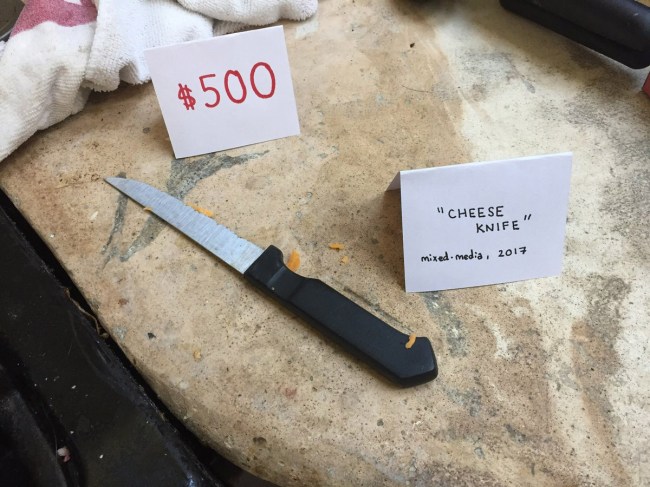 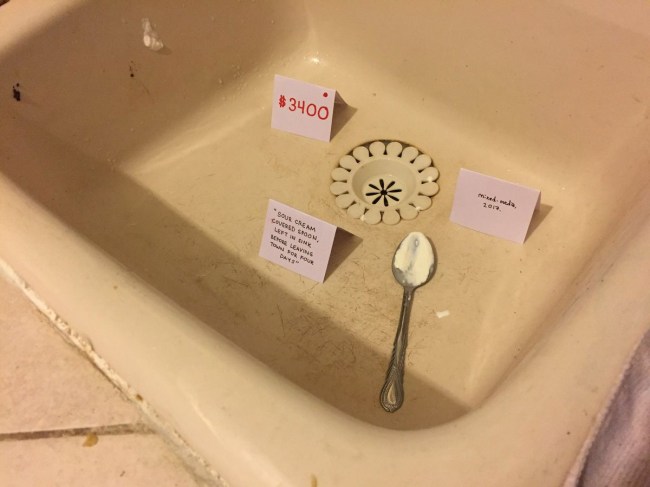 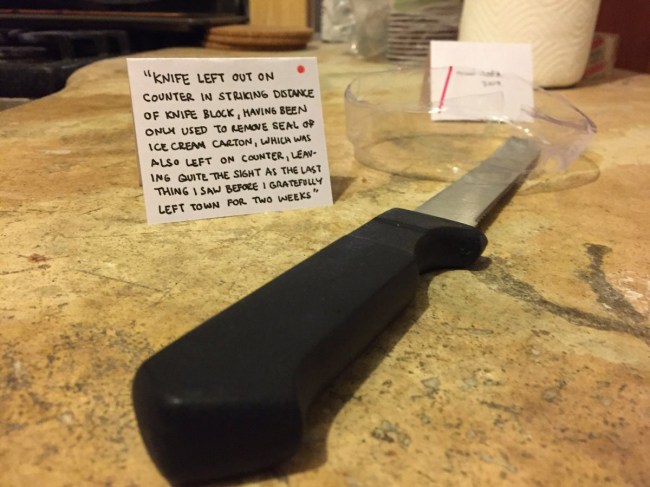 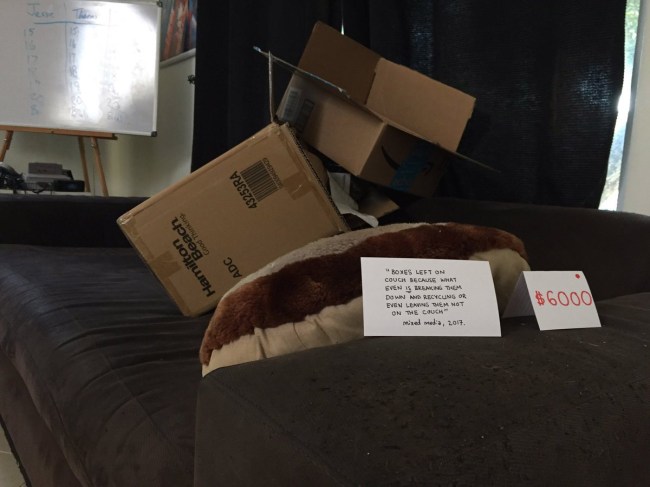 He has since added to the “collection”…

@justincousson I must inform you that reports the exhibition is complete are, in fact, inaccurate. pic.twitter.com/kZs39rBuZw

@justincousson BREAKING NEWS: ONE OF THE PIECES APPEARS TO HAVE BEEN STOLEN pic.twitter.com/zuRsmgeyxd

Needless to say, Cousson’s art has been a hit on Twitter with other folks even asking him to appraise some of their roommate’s “work”…

@justincousson this is brilliant! Can I get your opinion on the value of this piece? I call it "Kitchen Table 9 am" pic.twitter.com/k5F1WDazWT

It is a pretty special piece.

@justincousson I can't tell if this post is satire, or there are thick pretentious people who pay for this bullshit.

Pretty sure it’s both.

Now if he could only do something about his on-going feud with James Blunt.