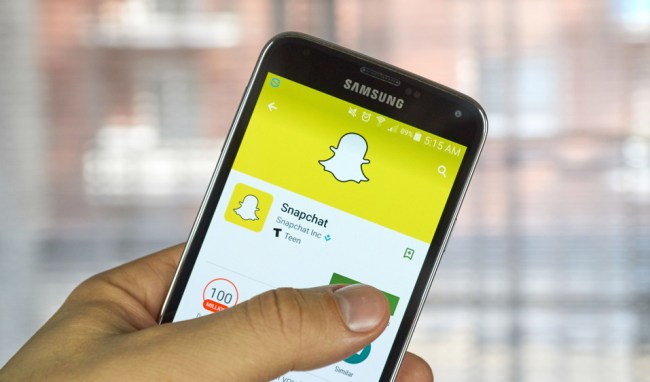 Much like the guy we told you about earlier today who cockblocked himself in horrifying fashion thanks to a tremendous texting fail, Snapchat can also be a minefield if you aren’t paying enough close enough attention.

It all started out well. So well in fact that after his first date with a woman she wanted to add him to Snapchat. And that simple request is where the story this poor chap told on Reddit takes a horrible turn for the worse.

Last year, after meeting a girl and becoming intimate with her (woohoo), I asked her if she had snapchat. She said she’d add me, and sure enough, I receive a contact request that evening after we had parted ways. I proceed to talk to her, despite her sending snaps that do not include her face – something that bears no real significance to me at the time, but is essential to the fuck up.

Details, guys, have to pay attention to the details.

Things quickly heat up, and I am asked to send the nudes. I willingly oblige, and give her a full photoshoot of my naked body in all its ‘glory’. After all is done, and a week or so has passed, I receive another contact request.

It is the girl that I was intimate with, and had meant to add in the first place.

Uh, didn’t he already add her and had been chatting with her on Snapchat? That’s what he thought as well until he figured it out.

Alarm bells ringing, I decide to simply laugh off accidentally sending these saucy photographs to the stranger who had decided to add me on that particular day, of all days… Until I was in a shop some weeks later, and someone approached me and asked if I was “the dick kid”.

Hang on, it gets even worse.

Through conversation, I am informed that the stranger to whom I sent these images was in their sixth form (I live in the UK), and had shown EVERYONE that they could these photographs. Some few hundred people saw my Captain Corrigan, and yes, I still get approached for my famous wang.

Remember those details I mentioned, bros? As you can see, they could be the difference between sending nudes to your girl versus hundreds of strangers and being forever known as “the dick kid”.