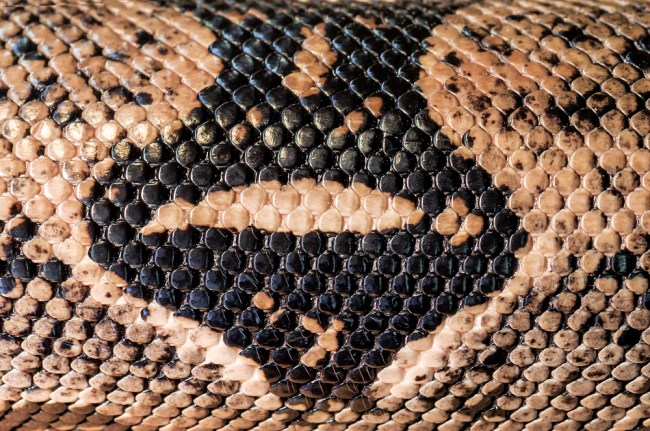 Right about now you should be thanking your lucky stars and stripes that you weren’t born in this village in Malaysia, the village where a MASSIVE python’s been on the loose. Furious villagers tracked down the python they described as the ‘largest they’ve ever seen’.

They went searching for this reptilian king of the jungle after it was discovered the python had eaten not one but TWO of their goats. Goats are a hot commodity to these villagers, an animal used for sustenance that keeps them alive. So when big ass snakes come slithering into town, strangling goats and swallowing them whole, it’s a serious problem.

I think it’s safe to say that when they finally found the enormous python NOBODY expected it to be quite this gigantic. In fact, I don’t think any level-headed human being could ever anticipate rolling up on a snake this fucking massive.

According to The Daily Mail, the snake measured over 16-feet in length and it was found in the Pahang state of Malaysia.

The villagers who found this massive serpent were reportedly scared shitless and afraid to lay hands on the snake at first. They instead decided to poke and prod it with sticks which only caused the python to bare its fangs and freak the fuck out, which is actually the natural reaction to any creature being attacked with sticks.