Nature Is Terrifying: Bros Find Two Fish Frozen In The Ice With One Fish Trying To Swallow The Other

Recently, two bros were out ice fishing when they happened upon one of the weirdest sights imaginable. Embedded firmly within the ice was a northern pike swallowing a bass, with both fish frozen solid, caught by death’s grip amidst a primal act.

The two brothers, Anton and Alex Babich, came across these frozen fish while ice fishing back in January and snapped this picture in the middle of the night:

After posting the photograph above (if it’s not loading from Facebook you can find it here) the two brothers found themselves receiving a ton of comments from people questioning whether or not it was real/legit. So, they decided to do the only responsible thing and go back with a chainsaw to cut the pike and bass out of the ice.

As you can see from the footage above/pics below, this is 100% legit, and it’s a brutal reminder that nature is unforgiving: 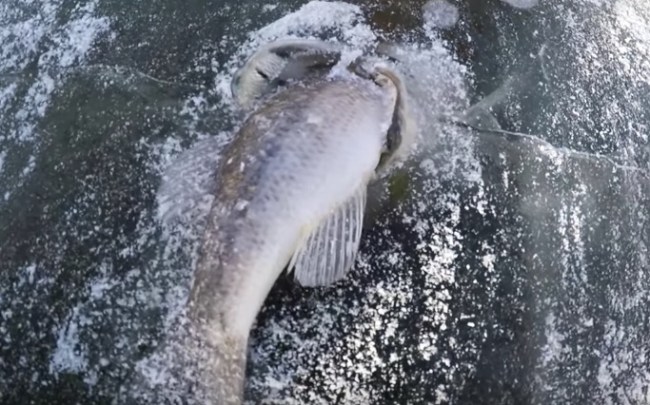 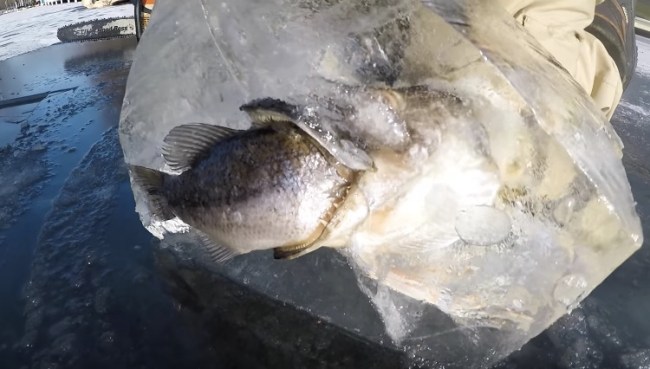 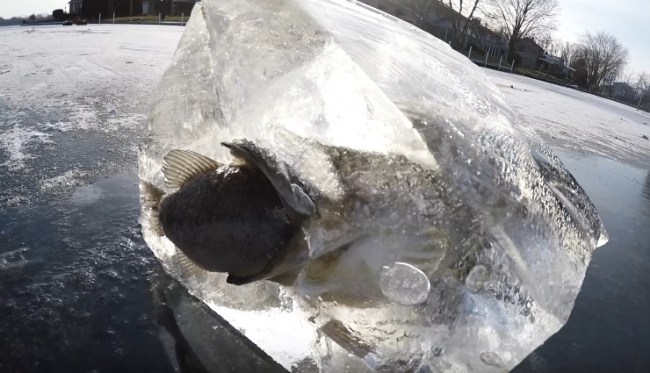