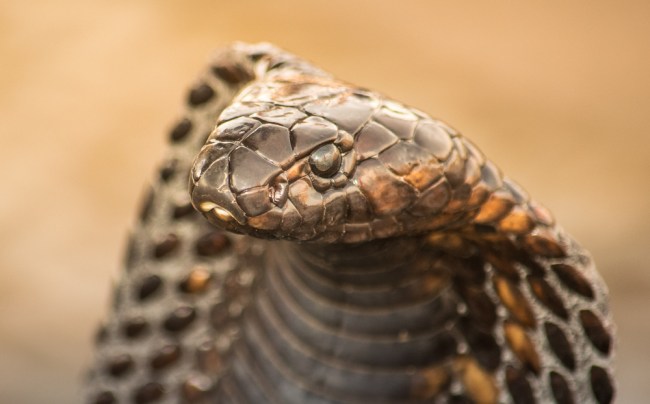 A 21-year-old man from India named Somnath Mhatre spent his life ‘kissing’ cobras as a snake charmer. Everyone has their ‘thing’ in life. I’ve got a weirdly flexible hand that bends in ways it’s not supposed to, something people often ask me to see (check it out in GIF form). This dude’s ‘thing’ was kissing snakes, or more specifically, kissing cobras with deadly venom.

This 21-year-old man spent his life as a snake charmer, and his Facebook profile was littered with photographs showing him ‘kissing’ these deadly snakes: 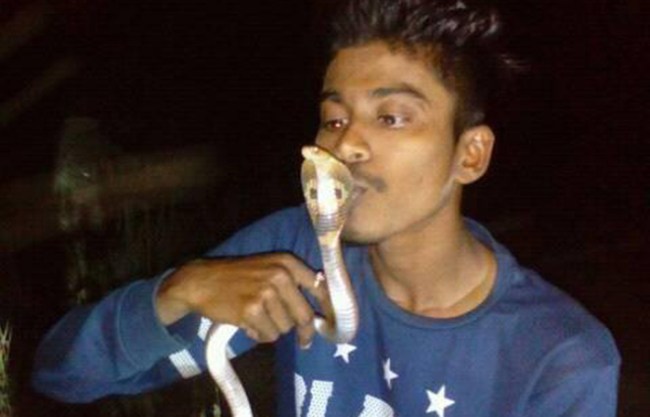 A 21-year-old youth was killed while trying to kiss a cobra in Maharashtra’s Belapur district, police said. According to police, the youth succumbed to the bite on February 2 in a civic hospital, three days after being admitted there.
Animal activists urged forest officials to issue safety guidelines and rules on snake rescues following the death of Somnath Mhatre (21), who was bitten by a cobra while attempting to kiss it.
“It is very unfortunate that a young life has ended so abruptly. His Facebook profile has several pictures of him playing with snakes and even kissing a cobra. Such stunts must be strictly banned, which is why we have urged the Thane circle of the forest department to issue guidelines,” said Pawan Sharma of Resqink Association of Wildlife Welfare (RAWW). 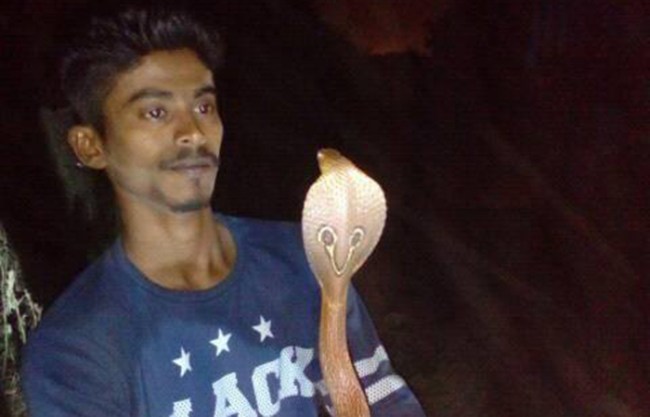 I’ve never been to India, so I can’t really comment on just how prevalent this ‘kissing cobra’ hobby is, but it sounds like something that’s prevalent enough to warrant legislation against it. Then again, if people are crazy enough to kiss snakes with deadly venom do you really want to stop those people from doing that? Maybe not…