A Software Developer Put $50,000 In A Robinhood Account And Is Now Letting Strangers On Twitch Invest It For Him 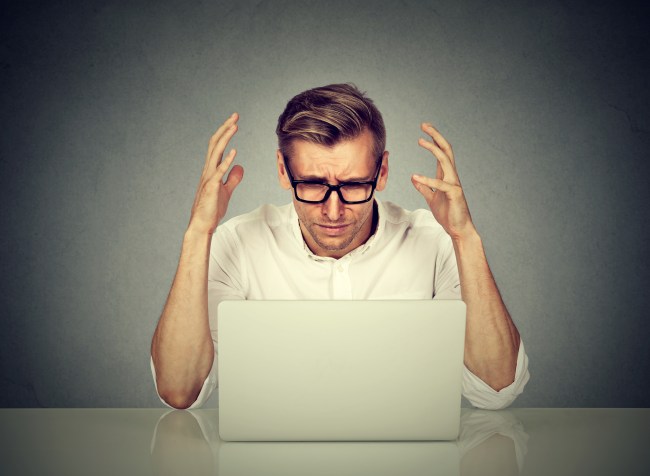 If you’re into investing and making money via the collective hive mind of the Internet, there’s a pretty interesting trust experiment going on over on Twitch right now. When the stock markets opened earlier today, a channel called “Stock Stream” started broadcasting updates from investments put in a Robinhood portfolio. According to PC Gamer, a software developer named Mike put $50,000 in his Robinhood trading app and is entrusting strangers to vote on his investment moves. “I’ve created an interface that shows a livestream of the Robinhood app,” Mike tells PC Gamer, “so you can see in real time the graph of the value of all of the assets and cash.”

That feels like giving a random person in a casino a pair of dice to roll at a high limit craps table, eh? But there’s actually method to this madness, according to PC Gamer:

Like any Twitch Plays game, the instructions are straightforward. During a five minute period, viewers can vote on what stocks they wish to buy by typing it into the chat using a simple command. Once the five minute “round” is up, the most popular votes are tallied and executed automatically by the program. Mike has even set up a scoring system to rate Twitch viewers’ stock strategies based on return on investment. All of this is using Robinhood, a free app for stock trading.

The stream will automatically start and close with the stock market, with the first stream having started today at 9 am EST. Beyond that, Mike doesn’t have much of an idea of what to expect but plans to keep the stream going until he runs out of money—which hopefully won’t be the case. “This is all just my money,” he explains. “I saved it up, and as for as who benefits it’ll just be me. I mean, I’m taking all the risks.”

Considering that Twitch viewers so far have beaten any game put before them, it’ll be interesting to see if Stock Stream actually ends up growing a decent portfolio or crashes and burns. Even if it does, it’ll likely take some time. With trades happening every five minutes, there’s only 78 trades that can happen a day. “I’m not sure what to expect,” Mike says. “I was able to do a simulation that lasted weeks even losing a hundred dollars a day—which is a lot to lose in the stock market. I don’t think it would happen that fast.”

While the Mike is putting $50,000 into the portfolio to start, Twitch viewers will have to keep the portfolio valued at over $25,000 in order to continue trading due to regulations imposed by the Financial Industry Regulatory Authority (FINRA) to help offset the risks of day trading (selling and buying of the same stock in a single day). Still, that’s a lot of money to be placing in the hands of internet strangers. “I guess I’m a little nervous,” Mike laughs.

Go tell the guy what to put some money on over on Twitch, which you can stream above, and read more about it over on PC Gamer. 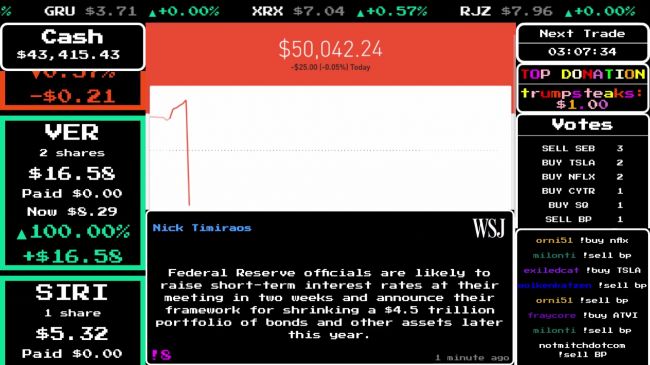