J.K. Rowling Is Trolling Alt-Right Cucks On Twitter In The Best Way Possible 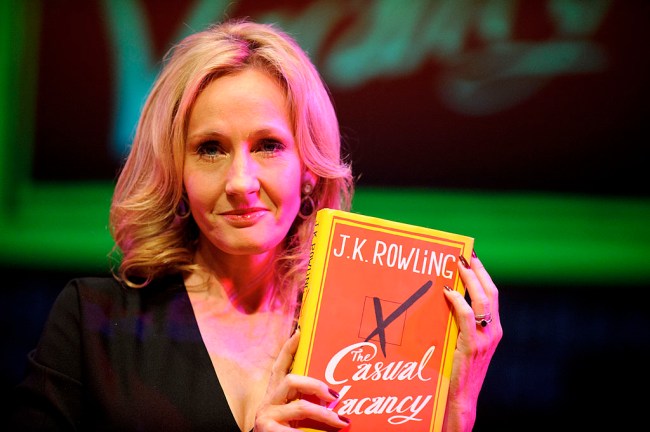 He. Is. A. Terrorist. Not. A. Lone. Wolf. pic.twitter.com/OO3qDGhzwr

One thing she spends zero bullshit with is Trump’s army of faceless, boderline-fascist  alt-right Twitter egg cucks. So when people with Pepe memes try to spit hate in her direction, she chews them up and spits right back at them. She’s been particularly busy the last couple days, given the international discourse around the so-called Travel Ban.

*sighs* Well, who knows? If I try harder, I might be reincarnated as a lonely virgin hiding behind a cartoon frog. pic.twitter.com/EbocdxfJ5o 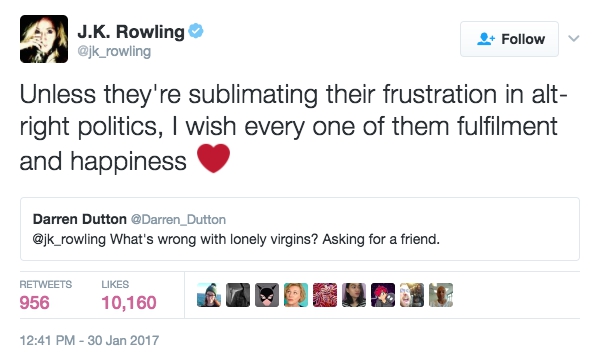 Unless you're actually a hooded chihuahua, I'm pretty sure I win on the 'not hiding' front. I quite like 'old whore', though. #Shakespearean pic.twitter.com/0pIEVfrGn7

And now for the ultimate in savagery, the Harry Potter author went for the jugular to an alt-right cuck who wants to burn J.K. Rowling’s books “and movies”.

Well, the fumes from the DVDs might be toxic and I've still got your money, so by all means borrow my lighter. pic.twitter.com/kVoi8VGEoK