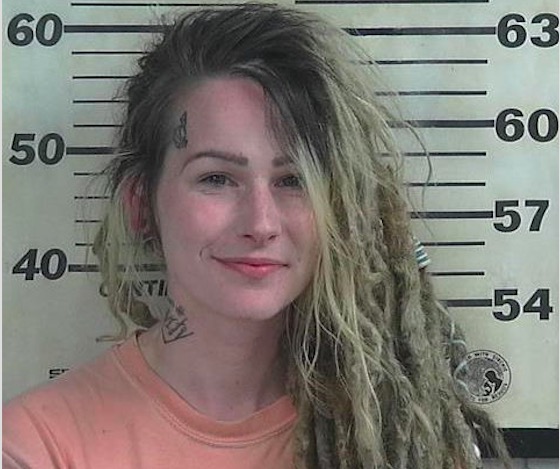 Love can make you do crazy things. Jealousy can make you do crazier things. If you disagree, just ask Barbara Emily Lowery. The 24-year-old Alabama woman became irate when she found out her boyfriend, Nick Myrick, was involved with another woman. The only catch is, Nick allegedly thought the two were ‘just friends.’ Yikes.

Semantics aside, Lowery was pissed. She took the night to pray and hope that a cooler head would prevail. That was unsuccessful.

Lowery was arrested Monday around 11 a.m., after police received a call about a disturbance in a furniture store parking lot off Cherokee Avenue.

A video, taken by a bystander, shows Lowery standing on the hood of a car stomping on the windshield, and then smashing through the car’s sunroof. Check out the wildly entertaining scene below.

“I already knew going into it that I would have to face some consequences, and you know it kind of sucks, but like I said I prayed about it and stuff, and I did it anyway,” Lowery said to the station.

She was charged with disorderly conduct and was booked into the Cullman County Detention Center, but may face an additional charge of criminal mischief if Myrick chooses to press charges.

This is what happens when you fuck a stranger in the ass.