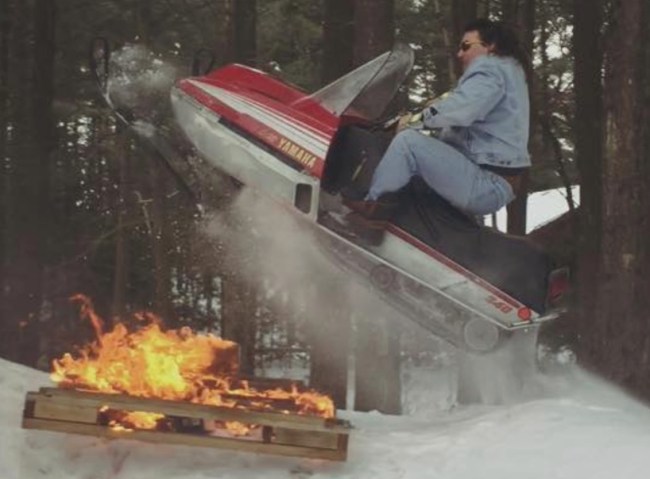 Larry Enticer is pure sex. Living in the outskirts of Alberta, Canada, Larry’s a god amongst men. He’s found overnight fame on the World Wide Web after someone over at TFM stumbled onto his Facebook videos.

Here’s a glimpse of what Larry Enticer’s incredible snowmobiling videos look like. If seeing this doesn’t make you feel fuckin’ awesome then I think you might be a little bit dead inside: 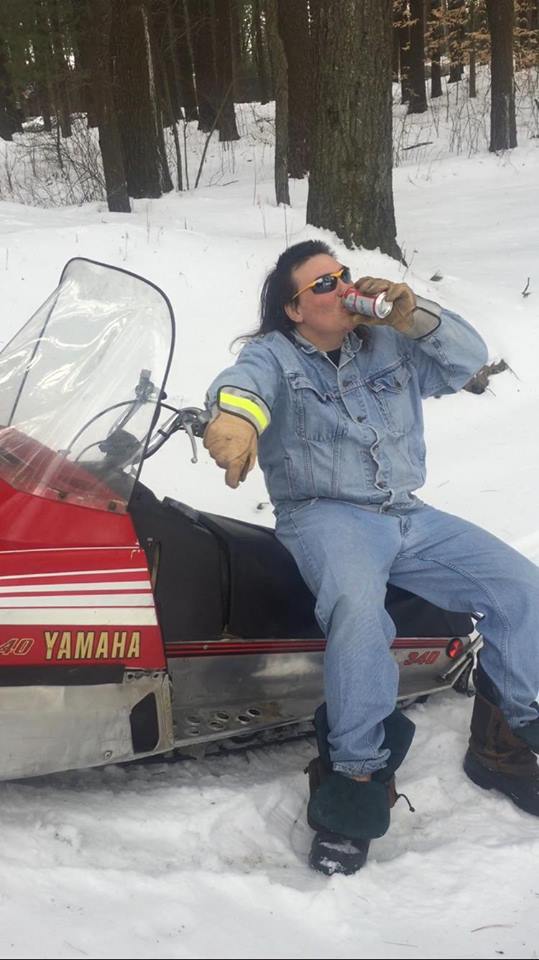 Mack Lamoureux at VICE caught up with Larry for an interview, and it turns out that Mr. Enticer’s even more awesome than his videos on Facebook (LarryEnticer69) would suggest:

Clad head to toe in denim with a mullet proudly blowing in the wind, Enticer is starting to gain fans in the Great White North—with some videos getting a couple million views. This came as a little bit of a surprise to the hero himself as the videos, at first, were just of him and his friends fucking around.
The Pegasus to Larry’s Perseus is a 340 Yamaha Enticer from ’79 that he’s had for five years or so. He grew up on an acreage in the outskirts of Toronto—where he still resides—jumping both old-ass snowmobiles and motocross. Now, the 21-year-old is a mechanic for off-road play things and spends his free time in the winter building jumps to take to the sky.
Enticer hinted that the secret to his success, as with all good men, is his mullet.
“I’ve had the mullet for as long as I can remember,” he said. “All through school, growing up, I’ve had this mullet and I’ve just never cut it.”
The man in denim laughs in the face of danger and spits in the face of gravity—he and that sled of his are going to the moon.
“People just like the hair, me launching that thing as far as it can go and seeing what happens on the landing,” Enticer said with a laugh. via VICE 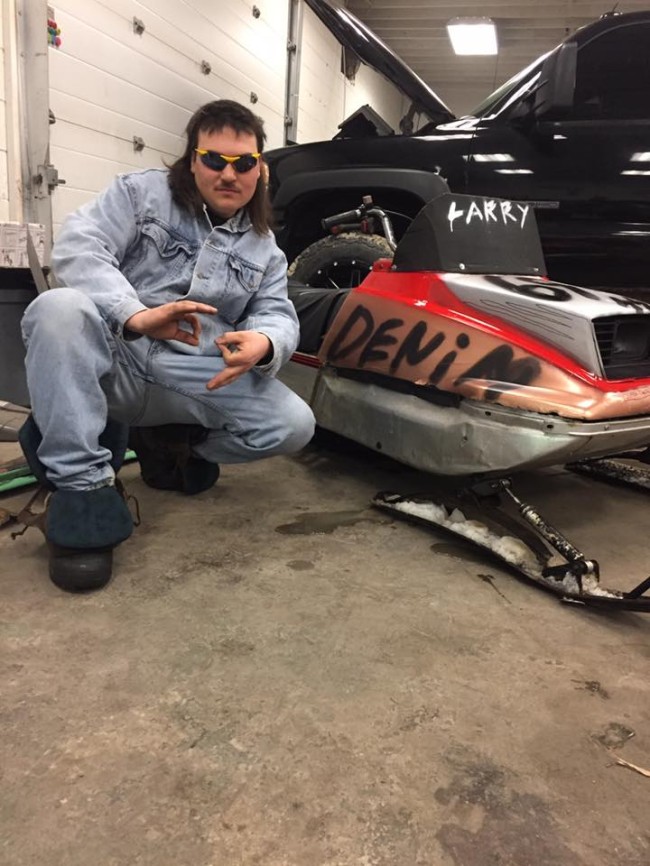 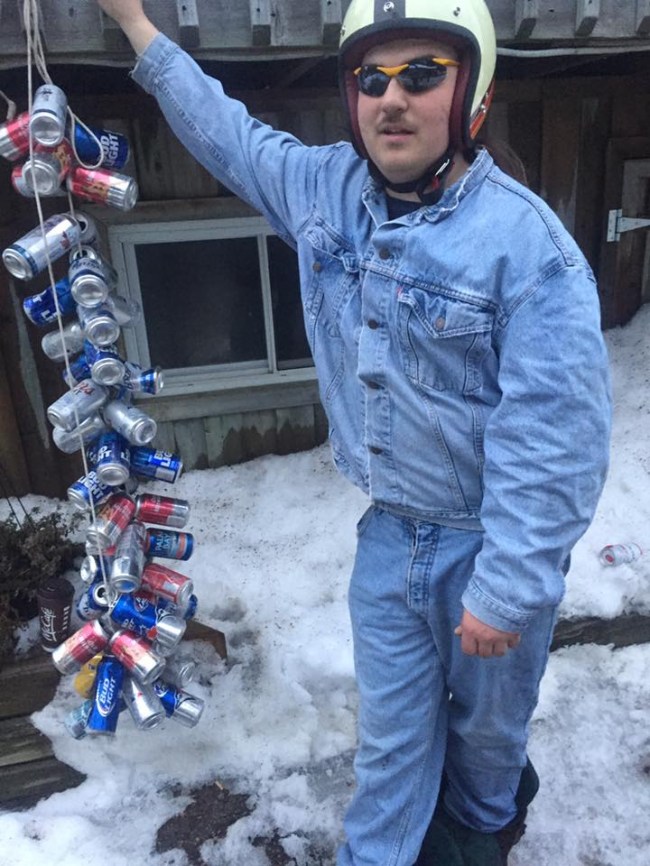 Goddamn. I’m straight as an arrow and even I want to bang Larry Enticer after reading that description. He’s the tits.

Larry’s not putting on a show. That mullet is who he is. Jumping vintage snowmobiles and putting it on YouTube is what Larry’s all about. He’s not some poser trying to get ‘Internet famous’, he’s just a guy who is living the mother fucking dream.