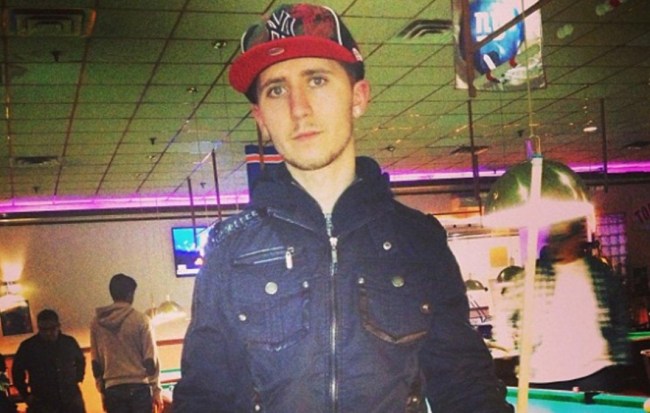 Elvis Redzepagic was arrested at his family’s home in Long Island, New York on Friday after he made terrorist threats even against his own mother. Authorities intercepted several of Redzepagic’s messages on Facebook that praised ISIS. When he was arrested, Redzepagic reportedly told one of the arresting officers, “I really feel like stabbing you right now,” prosecutors said. Redzepagic was ordered held without bail on Monday after he was charged with attempting to provide material support to the Islamic State.

“Redzepagic, a U.S. citizen living in Long Island, made multiple attempts to join ISIS or al-Nusrah Front in Syria where he wanted to engage in violent jihad, which could have resulted in the death of countless individuals” said Special Agent in Charge, Angel Melendez of Homeland Security Investigation. “This arrest underscores the importance of cooperation between law enforcement agencies across the globe in identifying and bringing these extremists to justice before they are able to commit terrorist attacks.”

Redzepagic told authorities that a trip to Montenegro made him want to become a martyr and “die for the sake of Allah.” Redzepagic is originally from Montenegro, in the Balkans, prosecutors said.

In October 2015, Redzepagic allegedly made several inflammatory posts to social media, explaining that “jihad” is when you “fight for the sake of God” and “die for the sake of Allah,” adding that he traveled to Turkey to “perform Jihad and join Jabhat Al-Nusra.” In subsequent interviews with law enforcement officials, he allegedly admitted that he was prepared to strap a bomb to himself when he attempted to enter Syria from Turkey.

He tried to enter Syria again in August 2016, but was deported after Jordanian authorities caught him trying to sneak across the border.

“This defendant made numerous attempts to travel to Syria to wage violent jihad,” US Attorney Robert Capers said. “We will continue to track down and prosecute individuals like the defendant before they are able to become foreign fighters or harm the United States and its allies.”

“Just last week, the defendant was removed from his home after attempting to cut his tattoos off with a knife and threatening to behead his mother,” prosecutors wrote in a memorandum.

The 26-year-old was arrested on Feb. 2 for pot possession and that’s where he allegedly told police, “I’m going to leave this country, and I’m going to come back with an army. Islam is coming,” 1010 WINS reported. Redzepagic also apparently told officials that his cousin was an ISIS commander in Syria. That terroristic threat is why authorities started to keep track of Redzepagic.

Redzepagic’s attorney argued her client should be granted bail to undergo psychiatric evaluation, adding that he needs “counseling and support, not imprisonment.”

He has been arrested at least six times.